During the 17th century the explorers were the seafaring adventurers unafraid to sail over the horizon to see what was there. I get a thrill stepping off a plane to visit a new country; imagine what that would be like after being at sea for weeks? Without a travel guide to help you translate. The concept of that kind of exploration has always been a source of wonder for me. What generally happened when they returned was the stories of their travels were told. Of course, these tales were told through the lens of their culture which meant the first glimpse of Asia and the East came through this process. The new perfume from Neela Vermeire Creations called Rahele got me thinking about that. 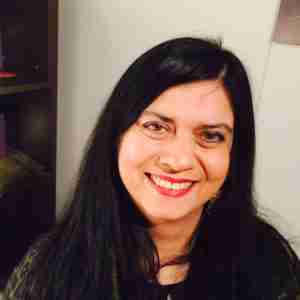 Neela Vermeire has imposed an Indian vision on European-style perfumery through her first six fragrances. It was as if France was being interpreted by Indian eyes. Rahele reverses that process. It is clearly intentional because Rahele was inspired by the voyages of three French explorers; Jean-Baptiste Tavernier, Francois Bernier, and Jean Thevenot during the 17th century. They came back and translated what they saw through their French prism. Mme Vermeire working once again with perfumer Bertrand Duchaufour has also done this with Rahele. The keynote for Rahele is a fabulously fulgent osmanthus. It becomes the heart of this story of travel to exotic places.

The opening of Rahele is the story of spices which were brought back as proof of the voyage. M. Duchaufour uses cardamom and cinnamon as if he was offering it as verification. Handing it out among the listeners. He then uses violet leaves to begin the transition into the fantastical part of the narrative. That is where the osmanthus comes out. Boy, does it arrive. This is where India comes alive. It is wrapped up in rose, magnolia, orris, and violet. This is where the audience leans in to experience more. This heart accord is where Rahele soars. Then a leather accord appears before the patchouli, sandalwodd, and oakmoss triptych of chypre provides the French vision. The floral accord becomes enmeshed, translated, by this accord. It becomes ascendant as the French overtakes the Indian.

Rahele has 12-14 hour longevity and above average sillage.

Rahele was eye opening for me because it feels like a logical evolution for Mme Vermeire’s brand. It succeeds in feeling like a first-rate tale told well.

Disclosure: this review was based on a smaple provided by Neela Vermeire Creations.