I have never been a smoker although I love the smell of tobacco. I think pipe tobacco in all of its various scented forms is one of the simple pleasures. My father smoked a pipe and I would tag along when he would go shopping for tobacco. It was one of the first places in my young life I attached with a specific smell. I think this is a common experience explaining why tobacco perfumes are as popular as they are. I am always interested in a new tobacco fragrance. When I visited the Nishane Istanbul stand at Esxcence 2016 their latest release Fan your Flames is a new take on tobacco.

The name comes from a saying by Rumi the thirteenth century Persian poet. The saying reads, “Set your life on fire. Seek those who fan your flames.” It is a statement particularly apt when applied to founders and creative directors Mert Guzel and Murat Katran. For all of their perfumes they have chosen perfumer Jorge Lee to fan the flames of their vision and bring it to life. This vision was of a Turkish hookah café. It is a simply constructed fragrance that lets the tobacco do the heavy lifting throughout. 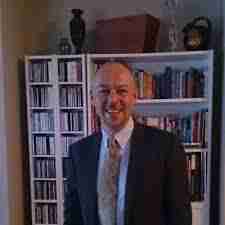 M. Lee opens this visit with an almost outlandish mix of coconut and rum. Every time I wear Fan your Flames my very first impression is pina colada. Which is sort of appropriate because to cater to the young clientele the tobacco has become more flavored in recent times. I’m not sure if there is a pina colada flavored tobacco but I wouldn’t be shocked to discover there is. That is what Fan your Flames becomes as that tropical boozy accord matches up with tobacco within minutes. It does have that fun quality for about an hour until the tobacco becomes more prominent and the fanciful flavor dissipates. It is almost as if the kids have left and the older men who don’t need anything added to their tobacco have arrived. To really confirm the turn M. Lee uses oakmoss and cedarwood to form a bitingly woody accord in the base. Almost as if the discussion has turned into a debate.

Fan your Flames has 14-16 hour longevity and average sillage.

From the moment I smelled this on a strip I knew this was my kind of tobacco fragrance. The early frivolity replaced by the earnest nearly tobacco soliflore in the end was very appealing to me. It really is an entire evening sitting in Istanbul breathing deep as the night moves through its paces.

Disclosure: This review was based on a sample provided by Nishane Istanbul at Esxence 2016.