Sometimes it is hard to tell what the reason is for a flanker’s existence. The two choices in this month’s Round-Up do not suffer from that. 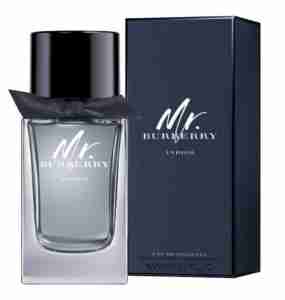 I think the marketers have decided that the word “sport” added to a fragrance name is no longer a sales aid. What they have seemingly settled upon in its place are colors. The sport style of fragrance definitely has a place and within the Mr. Burberry line of perfume Indigo is code for “sport”.

Perfumer Francis Kurkdjian freshens up the Mr. Burberry style with a traditional cologne duet of rosemary and lemon. It diverges with a heart of mint and violet leaves. It comes off as a cool heart accord. Just the thing after a workout. What makes me like this the best of the Mr. Burberry releases is the use of oakmoss in the base which provides a more aggressive green to offset the heart accord. Some amber and musk combine with the oakmoss to finish this off. This is the kind of versatile perfume which is a good choice if you’re looking for a “sport” perfume. 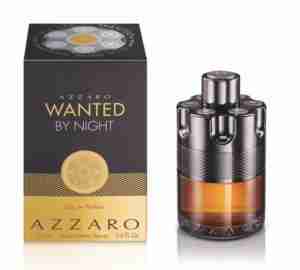 When I reviewed Azzaro Wanted last year I remarked that it was an outlier in the idea that consumers wanted something lighter. It was closer in style to the original hairy-chested Azzaro pour Homme. If you had asked me to guess which direction a flanker of that would take I would have said lighter. Well Azzaro Wanted by Night goes way in the other direction in what almost seems like a throwback to the masculine powerhouses of the 1970’s.

Perfumer Fabrice Pellegrin completely reworks the pyramid in Wanted by Night. This is less a flanker than a different perfume which shares a name. Cinnamon provides a simmering heat right from the start. A nice parade of ingredients follow that up, as cedar and tobacco take the lead. The cinnamon doesn’t get lost as cumin gives it a boost to match the other two. I have to mention this is a huge powerhouse of a men’s perfume. It seems out of place in today’s market. There’s a lot of press nonsense which came with my sample claiming this to be a “seduction perfume”. Not sure about that unless you catch a DeLorean ride back to the 70’s.

Azzaro Wanted by Night has 10-12 hour longevity and above average sillage.

Disclosure: This review is based on samples provided by the manufacturer’s.