I do enjoy finding new wine regions to explore. Over the last four months my newest discovery has been the wines of Morocco. What? Morocco? For those who only know of the country as the setting for the 1942 movie Casablanca there is an effort to give us some different connotations. The winery Domaine Ouled Thaleb is supplying one of those.

Morocco has a rich wine heritage from the days when they were a French colony. During that time the different varietals from France were grown in the mountainous region of Morocco called Zenata. Domaine Ouled Thaleb is situated on the Ben Slimane plateau of the Atlas Mountains. Just as in the best wine growing regions it is close enough to get coastal breezes from the Atlantic Ocean to help provide the ideal microclimate. This also seems to be another of those wine growing regions where the altitude also plays a part in the quality of the wines.

Domaine Ouled Thaleb was opened in 1923 and after Morocco gained its independence was able to weather the hard times of being an alcohol producer in an Islamic country. During the 1990’s King Hassan II wanted to improve the Moroccan economy by focusing on agriculture and tourism. The agriculture part helped Domaine Ouled Thaleb begin to emerge from the shadows. His successor, and current ruler, Mohammad VI has further relaxed the rules turning Morocco into one of the more progressive Islamic countries. Even with all of that; drinking of wine is still going to carry a religious stigma. Which has had the follow-on effect on the wine producers to see if there were markets elsewhere.

In 2013 Domaine Ouled Thaleb began to export to the US. Never thinking of Morocco as a wine region I never gave it a second thought until this past November at a wine store tasting where a table held five of the wines from Domaine Ouled Thaleb. I since went out and found the sixth varietal that wasn’t on display that day. Here are my quick takes. They are all 2013 except for the Syrah which is 2011. 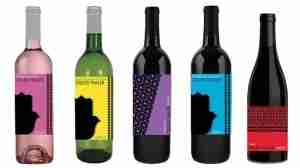 Un-Oaked Chardonnay– This is an example of a Chardonnay which allows the grape to do all the work. It is fermented in concrete tanks eliminating the over-oaking many chardonnays use. They also wisely stay away from making it too buttery. What is here is a wine of crisp refreshing fruit.

Moroccan White Blend– There is one grape varietal native to morocco called Faranah. It is blended with another little used grape Clariette Blanche. This is a completely unique wine to this region. I’m not sure where it comes from but there is a distinct mint in the nose and on the palate. It turns it into an ideal companion to most Middle-Eastern foods. I can’t wait for summer to pair this with couscous salads.

Moroccan Rose– This is probably the only one I won’t buy more of. It is a nicely constructed rose but it is too dry for my taste. If you like your roses drier then it is worth giving a try to.

Syrah– This is a partnership with another Moroccan vineyard owned by Rhone winemaker Alain Grillot. This collaboration makes the Syrah feel like a twist on a classic Cotes du Rhone. It has a spicy core to it on top of deep black cherry flavors. I have been drinking this with our winter stews and it has been fabulous.

Moroccan Red Blend– A Cabernet-Grenache blend (70-30 in the 2013 vintage) it has a beautifully classic French construction. It is full of rich plummy depth along with sweet vanilla and piquant pepper. One I have paired with Barbecued meats with great success.

Medallion Red– This is a spectacular bottle of wine for under $20. When I was tasting, this was where I ended and it blew me away with the complex display of flavors. It is a movable feast as a nose of chocolate, coffee, and black cherry leads to a taste of the black cherry dusted with subtle spiciness contrasted with a lovely lilting vanilla from the new oak it has been aged in. This has a fair amount of tannins in it despite the 60% Cabernet Sauvignon-30% Merlot-10% Syrah blend. I suspect when I open a bottle in a year it will be even better.

Outside of the Medallion Red I bought all of the other wines for $13. These are great bargains.

Like Rick and Louis at the end of Casablanca I think Domaine Ouled Thaleb and I are at the beginning of a beautiful friendship.