The seasonal rotation has begun as the vetivers, aquatics, and citrus perfumes move towards the back of the shelves and the cold-weather favorites come forward. A nice aspect of this change in perfumes is I welcome back these perfumes like long lost friends. It is particularly helpful in a sector of fragrance as crowded as oud perfumes. There are so many oud releases it is easy to become jaded. It is hard to believe it has only been thirteen years since Yves Saint Laurent M7 introduced oud to the western perfume conversation. Ever since it has been a mad rush to embrace this precious and fractious note. When I was thinking about my favorite oud perfumes I realized it is the ones where the perfumer doesn’t just allow the exoticism to lay there and act weird. These five perfumes are examples of perfumers working to bend oud to their will which is why I think they have all stood the test of time with me.

Very top of my list is the Mona di Orio Oudh Osmanthus. It was the last perfume released prior to Mme di Orio’s untimely passing. It is the best perfume of her career and I thought it was the best new perfume of 2011. She tamed the oud with a multi-layered effect surrounding osmanthus. By early on embracing the faux-oud of cypriol before heading to a mix of genuine Laotian white oud and oud in the base. This is how you make oud something like you’ve never smelled before. It is what I consider to be one of the five best perfumes of the past five years.

It would only be a few months before I found another oud to swoon over. Maison Francis Kurkdjian Oud is also another testament to a master perfumer’s ability to wring new facets out of something as overplayed as oud. M. Kurkdjian’s choices are to first frame it in the clean woodiness of cedar before planting it in the earthiness of patchouli and finally upping the exoticism quotient with saffron. 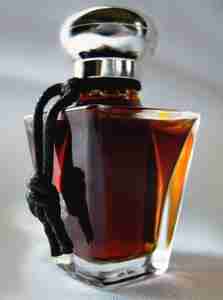 Liz Zorn is one of those independent perfumers who definitely illuminate the mundane into the extraordinary. The best example of her ability to do that is Soivohle Oudh Lacquer. The core of this perfume is a sinkwood tincture which takes Ms. Zorn a year to make. As the source of the oudh it adds a complexity you will not find in other oud perfumes.The lacquer is a dense chocolate. I couldn’t have told you before trying Oudh Lacquer how much I would like chocolate and oud. Not only do I love it but nobody who has tried to do this since has even come close to the richness of Oudh Lacquer.

Memo Shams Oud required a personal shopper to bring it back to me from Paris early in 2012. Clara Molloy creatively directing perfumer Alienor Massenet make an oud which rides on a sunbeam. An explosive spicy opening of ginger, pepper, and saffron turns greenish with vetiver and papyrus. The oud arises on a platform of birch and balsam. It is the reason I fell in love with this brand at first sniff.

By Kilian Rose Oud is the most traditional of my favorite ouds as rose and oud are the classic Middle Eastern pairing. Perfumer Calice Becker fuses a very European rose with an oud accord to create what I consider to be the best of these rose and oud combinations by a Western perfume brand.

As I was writing this I came to the realization that each one of these perfumes made my top 25 of the year they were released. I think it goes to show that a talented creative mind can make something transcendent even from the most pedestrian of notes.

Disclosure: This review was based on bottles I purchased of each perfume.