As I am no doubt sure most who have read my perfume writing over the years know; when I find a perfumer who connects with me I’m a bit possessive. My love of perfume comes from its ability to connect with me on multiple levels not just that it smells good. So when a perfumer manages to consistently deliver perfumes which take me to this multi-layered state of engagement I consider them mine. Which means their perfumes are always going to be sought out by me. One of those perfumers was Mona di Orio. Mme di Orio was a perfumer who took me places few other perfumers did when I wore her creations. Unfortunately, she passed away in 2011. Since that time her partner Jeroen Oude Sogtoen has worked very hard to keep her vision and aesthetic alive. Over the last two years he has had to do the very difficult task of be the creative director and to find perfumers who could live up to having their creation in a bottle which had Mona di Orio on it. 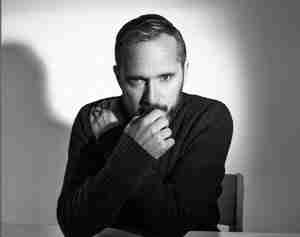 While the loss of Mme di Orio was enormous it has allowed M. Sogtoen to take some time to understand what it was about her creations that made them distinctive. Which in turn has allowed him to take some time in choosing the perfumers to take on the task. The first new fragrance was released fifteen months ago. Myrrh Casati was the opening statement in defining what makes a perfume “Monaesque”. Now the second release Bohea Boheme seeks to define that phrase even further.

M. Sogtoen chose perfumer Fredrik Dalman to work with this time. By choosing younger perfumers without a huge portfolio to their name it probably makes it easier for M. Sogtoen not to have to push against an already developed style. Especially if you are asking them to design in a style of another perfumer. Bohea Boheme goes a long way towards refining the concept of “Monaesque”. 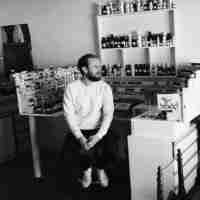 If Bohea Boheme was just a play of lighter notes off of darker notes it would have some of the shadow/light duality Mme di Orio was known for. I also think it would come off like a band at the local bar doing cover versions of popular radio songs. It is recognizable but somehow not as good. M. Sogtoen has eschewed that approach with both of these recent releases. With Bohea Boheme I would say this is the most shadowy of any Mona di Orio brand perfume. The light here is only in specific points and it does little to banish the darkness.

Bohea Boheme is inspired by a tea from the Wuyi Mountains in China. Bohea Tea is a variety of the well-known oolong but permeated with the smoke of pine. It was this variety of tea which was tossed overboard during the Boston Tea Party. The reason for smoking the tea with pine was to dry out the leaves so they wouldn’t get moldy on the long sea voyage from China to Europe or further. What was a necessity in the 18th century has become a desired characteristic today. At my local tea shop I smelled some newly arrived Bohea Tea and the pine is noticeable but it is far from omnipresent. Bohea Boheme is much more interested in bringing that pine forward to really interact with the tea.

Bohea Boheme opens on an accord that most will recognize instantly as bergamot and oolong forma a faux- Earl Grey tea accord. M. Dalman puckishly adds some juniper berry to intimate the gin which might also be present nearby. If there is a single raw material I think Mme di Orio used with the utmost skill I would say it was osmanthus. M. Dalman takes osmanthus as the nucleus of the heart accord. He quite cleverly uses chamomile, a familiar tea scent on its own, to continue the tea theme. The osmanthus arises on the vapors of the tea bringing with it cardamom and iris. These notes damp down the apricot quality of osmanthus in favor of its botanical leather character. Throughout the days I wore this I found this accord very reminiscent of the smell of a freshly brewing pot of tea on a leather covered desk. In the base a very extroverted pine comes out and instead of gently perfuming the tea it moves it off to the side. M. Dalman uses not just the typical balsamic notes but adds in boxwood and sandalwood to further achieve his desired effect of smoky pine. Very late on vanilla helps soften the smoke with a tempering sweetness.

Bohea Boheme has 16-18 hour longevity but almost zero sillage; it is very much a skin scent.

It seems with each new release M. Sogtoen is going to attempt to define a style of perfume creation which can be connected to Mme di Orio. Bohea Boheme is Monaesque Act 2.

Disclosure: This review was based on a sample provided by Mona di Orio.