I talk a lot about the early brands which really cemented my love of niche perfumery. Because they were my entry into the world of perfume which has become such a large part of my life. Most of those brands have had their trials and tribulations which I chronicle. The ones which I feel badly about are those which never seem to find their place. Miller Harris is one of those brands. Early in my exploration of niche brands I found the perfumes being produced by owner perfumer Lyn Harris to be some of my favorites only to disappear by 2011. Like a difficult to start gas lawnmower I watch as they try to get this hard to catch engine in gear. A year ago, I began to have hope something might change. 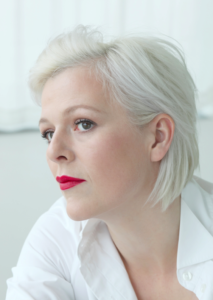 The reason was the hiring of Sarah Rotherham as Chief Executive. Ms. Rotherham has been one of those who joins a fragrance brand shaking it out of its rut. The first three releases of her tenure have just arrived; the Miller Harris Forage collection.

Her stamp is immediately apparent as a collection named Forage conjures up the country to me. To Ms. Rotherham it is finding the country within the urban landscape. It was a mixed bag for me. Hidden on the Rooftops, by perfumer Bertrand Duchaufour, is a lightly honeyed floral. Lost in the City, by perfumer Mathieu Nardin, had an interesting concept of green growing through cracks in the concrete jungle. The green is all here; the concrete accord is not. The last one, Wander Through the Parks also by M. Nardin, captured the theme in the way I desired.

Wander Through the Parks is the kind of summery perfume which captures the time when everything is at full growth in the parks. Which means it is great foraging. In England it is said stinging nettles are also rampant. Making foraging a bit of a semi-hazardous effort. M. Nardin captures this all in a strongly green perfume.

Wander Through the Woods opens with a bit of citrus representing the sunlight through the tree canopy. The other ingredient in the top is a good amount of blackcurrant bud. M. Nardin uses enough to bring out the sappy quality of this ingredient when used at higher concentration. It’s a tricky balance and M. Nardin carefully counterbalances it with galbanum and the nettle flower. This results in a spiky green accord which is fitting based on the nettle inspiration. Violet leaf forms a bridge from that green accord to the patchouli base with some musk.

Wander Through the Parks has 10-12 hour longevity and average sillage.

While it was only Wander Through the Parks which caught my attention in this new collection I did see the glimmers of a hopeful new future at Miller Harris. Perhaps Ms. Rotherham will remind me why I fell in love with the brand in the first place..

Disclosure: This review was based on samples provided by Miller Harris.