It is only in hindsight that you can identify the perfumes which are the ripple which will eventually become a wave. Forty years ago, Estee Lauder White Linen was one of those fragrances. Ever since it has spawned hundreds of releases inspired by its clean florals. It is hard to make enough of an impression to be compared favorably to the one which started the trend. Lubin Princesses de Malabar is one which can be.

Lubin has been in the process of making a distinct aesthetic change which has really become obvious in the releases for 2018. They have become all about lighter more transparent styles of fragrance. The earlier releases this year all shared that while also being instantly forgettable. When I saw the press release for Princesses de Malabar I thought it fit in with the new direction. 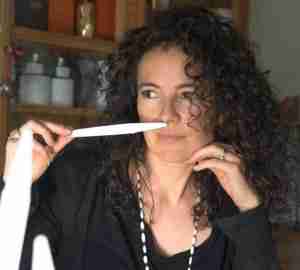 The back story is about a land on the Malabar coast of India. It is run by women known as the Nair Princesses. At the end of every day a flock of golden collared blue birds rise to their perches on a breeze made up of white flowers and musk. That’s a lovely story but all I kept thinking about once I did receive my sample was a perfume from forty years ago. Perfumer Delphine Thierry composes a beautiful rendition of that in Princesses de Malabar.

She starts with an excellent choice by using cotton flower on top. If you’ve ever smelled a cotton boll it has the expected smell of clean linen. It also has a perceptible undercurrent of skin musk. Mme Thierry displays both of those in the first moments of Princesses de Malabar. She then summons her white flowers as jasmine, magnolia, and ylang-ylang form a complex transparent floral accord. It isn’t as indolic as I’d like but it also isn’t completely scrubbed clean of them either. It works well with the subtle muskiness of the cotton flower transforming to the subtle skankiness of the indoles. Mme Thierry adds in a nice fruity twist with a fizzy peach inserting itself in between the flowers. Iris adds a powdery veneer to it all. Then in a recapitulation of the cotton flower on top a set of linen musks form the foundation of the base accord. It is warmed a bit by sandalwood, but this is a classic linen accord.

Princesses de Malabar stands out because Mme Thierry creates a fragrance equivalent of a variation on a classic without being beholden to it. The history might be a land of golden collared birds, but I’ll always think of Princesses de Malabar ruling the island of white linen.

Disclosure: This review is based on a sample supplied by Lubin.