One of the things I really like about the existence of the streaming services is it can provide a place for unconventional stories. The ability to think outside of the strictures of the usual storytelling tropes. When a series finds glorious purpose in it you get something that looks like “Loki”.

Loki is the third series released on Disney+. Just as the first two series did it follows one of the supporting characters. This seems to be one of the strategies for this phase of the Marvel Cinematic Universe (MCU). The big characters get their own movies. The others get series on Disney+. This allows for the broader story to be serviced by these series. They can take the time to set up the contours of a future plot. Loki seems to be the series which is meant to do that for a significant portion of what has been announced to be coming. 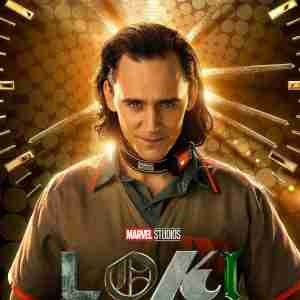 The story for the series picks up right after what we saw in Avengers: Endgame. Loki steals an infinity stone and escapes his captors. He ends up in the clutches of the Time Variance Authority (TVA). Their job is to “prune” variations to the timeline so that it runs true to its design. Loki is processed through the TVA and is about to be obliterated. That is until Agent Mobius asks him to help him on another case of timeline variation. When the God of Mischief is let loose in the timeline the expected chaos ensues.

Written by Michael Waldron he wanted to do a version of time travel unique to this character. Over the six episodes we are introduced to multiple Loki variants. All of them sharing a penchant for unconventionality. The Loki we know played by Tom Hiddleston spends a lot of time with a female variant called Sylvie played by Sophia di Martino. The relationships between Loki and Agent Mobius played by Owen Wilson and Sylvie form the central triangle to the series.

When it is Agent Mobius and Loki it feels like a riff on the type of movie when a police officer uses a criminal to catch one. Think 48 Hrs. When it is Loki and Sylvie it reminds me of the story of twin dangerous operatives temporarily working together. Think Mr. and Mrs. Smith.  For all that I am referring to movies of the past Mr. Waldron and the three actors give their own spin to these plots.

By the time we reach the final episode things are set into motion not only for a Season 2 but also in the wider MCU. So far Marvel Studios is three-for-three in their live-action series. Each has made me happy to spend a few weeks with each of them.