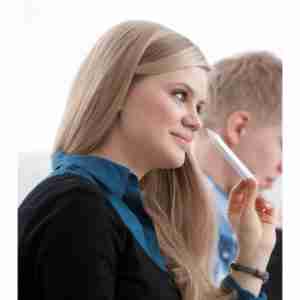 Midnight Datura is named after the genus of night blooming vines which are called moonflowers. Creative director Joseph Quartana collaborated with perfumer Lisa Fleischman on the most floral entry in this collection. Midnight Datura is a mixture of ten floral notes among the same number of supporting non-floral notes. There is another name for the moonflower called Devil’s Trumpet; Midnight Datura could easily be re-named Flower’s Trumpet.

When you have a perfume as densely constructed as Midnight Datura is; subtlety is left to the side. The opening moments are like opening a powder box and having it explode into the air. The early moments are intensely powdery. Your tolerance for that quality is what will make or break your desire to wear this. I am not the most ardent admirer of powdery florals in this concentration. This was the last one of the collection I tried because of that. It was much less incendiary on my skin as the powder softened somewhat but it still retained a lot of that. Ms. Fleischman has used all ten florals to create this. Eventually sandalwood, amber, and musk provide a foundation for the cloud of powder to settle upon.

Midnight Datura has 10-12 hour longevity and above average sillage.

Overall the Les Potions Fatales display their poisonous nature in differing ways. For Midnight Datura it is being consumed by a cloud of powder. 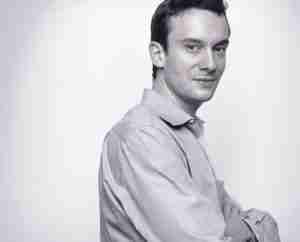 Venetian Belladonna was composed by perfumer Pierre-Constantin Gueros under Mr. Quartana’s creative direction. Belladonna was considered a “woman’s poison” as the wives of Roman emperors Augustus and Claudius used it to kill their husbands. It was also used as eye drops by women in historical societies because it would dilate the pupils which was seen as a desirable and sensuous effect. Venetian Belladonna is definitely going for that seductive quality as it kind of stalks the wearer.

Venetian Belladonna opens with a nice riff on fruity floral. M. Gueros employs a very transparent violet which overlays the much more aggressive fruitiness. The core of that is a Symrise molecule called Sultanene. This is a tropical fruit cocktail aromachemical. To keep it from tilting too tropical cassis and plum are used to bring it away from that. The heart becomes more floral with iris, tuberose, and jasmine. This kind of intensity is necessary to match the fruitiness of the top accord. The base becomes more animalic as the botanical musk of ambrette seeds mixes with a leather accord. There is also a lovely honeyed cognac which also appears simultaneously. This is almost as if I am being offered a drink and a wink from a wide-eyed Venetian witch. Before I fall under the spell vetiver, patchouli, and sandalwood form the base accord.

I really enjoyed Venetian Belladonna and fruity florals are not one of my favorite styles of perfume. M. Gueros managed to find a different path through this overexposed sector.

If you missed Part 1 which introduced the line you can check it out here.

I’ll continue on Thursday with Part 3 reviewing Digitalis and Hemlock.

Disclosure: This review was based on samples provided by Parfums Quartana.