There are brands that have almost pretentious ways of describing their fragrances. It can be difficult to move all of the heavy-handed words to the background and allow the perfumes to do the talking. In the past Les Liquides Imaginaires has used too many words and as a result some very interesting compositions where tied down under the prose. Les Liquides Imaginaires’ co-founder and creative director is Philippe di Meo. He started in 2013 releasing two different trios of perfumes. The very first was an exploration of perfumes focused on the dark alcoholic inspirations of port, red wine, and champagne. When I tried the champagne-based one Dom Rosa I was very surprised at the experimental nature of this mix of bubbly champagne and classic rose surrounded by metallic and chilly notes. It stood out as the other two were more mainstream in their construction and less adventurous. In the two trios which would follow the same pattern emerged as one would seem to have a more experimental edge to it and that was the one which appealed to me most. 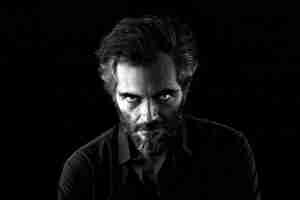 The fourth and newest trio is called Eau Arborantes. This time I purposefully did not read all of the press copy I just wanted to see what I got from the three perfumes. Eau Arborantes obviously conjures up green living things. Tellus is a very straightforward earthy patchouli which held no interest for me. Saltus seemingly wanted to go for something woodier and resinous. It achieves this but the only real interesting difference is the eucalyptus which plays off the predominantly sandalwood perfume it is. Succus though is the one which really captured my attention as it rolled through a series of sprightly transitions from citrus to herbal to transparent floral to end on a woody base. The rapid movement felt like a fast moving breeze and it made wearing Succus a lot of fun. Succus, as was Saltus, was signed by perfumer Shyamala Maisondieu.

Succus opens on a typical orange and grapefruit tart and juicy citrus accord. Very quickly Mme Maisondieu keeps it from being too familiar as she adds rosemary, juniper, and clary sage. They infuse the citrus, tinting it with an herbal verdancy. Almost as soon as I start to enjoy this we are moving on as a bit of laurel and an orchid accord provide an opaque floralcy from out of the citrus and herbs. Mme Maisondieu goes for a mixture of synthetic wood and musk with Georgywood and Moxalone providing each, respectively. A bit of incense and a little vetiver tie it all together nicely.

Once I had tried them all I went back to read the press release to find out Eau Arborantes is meant to be a tree from the earth (Tellus) to the trunk (Saltus) to the high treetops (Succus). Going back and reading that I definitely get the imagery. Succus is the one which really does reach the heights for me and belongs atop the other two in this trio.

Disclosure: This review was based on samples provided by Les Liquide Imaginaires.