When I give career day talks about my job as a chemist I always lead with a picture of Leonard Nimoy as Mr. Spock from “Star Trek”. The idea to become a scientist was sparked by the man who played the Science Officer on the USS Enterprise as they would “boldly go where no man has gone before”. As kids we would climb into the branches of the big gumbo limbo tree and pretend it was the bridge of the Enterprise. I always wanted to play Mr. Spock and only very rarely was I not pretending to be analyzing the alien threat. In the late 1960’s as the US was nearing the first man on the moon Star Trek made us believe those were more than small steps for man but that they were huge steps for mankind. The entire cast of Star Trek were ambassadors to generations of kids who dreamed of the final frontier. 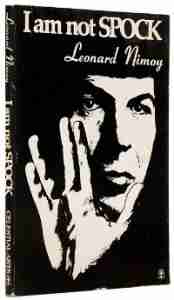 Like many of those kids it would lead me to a career in science although much more earthbound as a chemist. Whenever I speak about it with people of a similar age I often find the story to be similar. Mr. Nimoy struggled with being so identified with a character that held so much importance to a group of fans. He would go so far as to write a book in 1975 called “I Am Not Spock”. It would take him twenty years to reverse that with a book entitled “I Am Spock”. I met Mr. Nimoy twice and both times mentioned to him that his character was the inspiration for my career in science. He gave me a large smile both times we had this conversation which were closer to the “I Am Spock” years then when he was trying to shed the image. 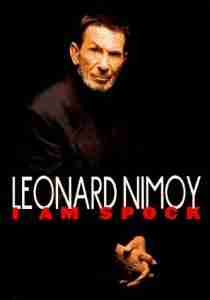 I only realized how much I considered him my mentor when I watched his final scene in Star Trek II: The Wrath of Khan. I was sobbing loudly as I watched him impart a lesson that logic and friendship can co-exist. Of course in the movies Mr. Spock would cheat death many times but Mr. Nimoy will not be so fortunate. He will live on in every one of us who was inspired by his portrayal of Mr. Spock for almost fifty years. Which is its own form of immortality.