When I began working in a chemistry lab, I tired of people walking in and saying, “It stinks in here!” It took me a few years to come up with my standard response, “I’m sorry. You needed to take a left if you were looking for the bakery.” Even so one of the foundational reasons I love perfume is my time in the lab working with the organic chemicals which do not stink. I was always fascinated with how one additional atom could change the smell of something completely. If there was a time when things came closest to smelling like a bakery it would be if my starting materials were esters. Esters are one of the largest chemical classes used in perfumery. Many of the fruity notes are esters. 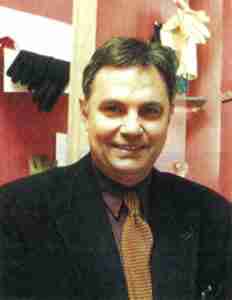 I once had a project which required a large amount of the ester molecule, amyl acetate. Amyl acetate smells just like a banana. Even more it smells like an overripe banana. As I learned more about the ingredients that go into perfume, I learned about isoamyl acetate. This is the predominant compound isolated from bananas. When I had the opportunity to experience the two side-by-side the isoamyl acetate was much subtler than amyl acetate. Less overripe. It was years later when I was speaking with a chemist at IFF when this subject came up. He told me that the major fruity scent from jasmine is due to isoamyl acetate. I retreated to my home-grown lab set and did the comparison. When placed next to each other it is easy to detect. I always thought a perfume which took advantage of this overlap could be interesting. I no longer must hypothesize about this as L’Artisan Parfumeur Bana Banana is here. 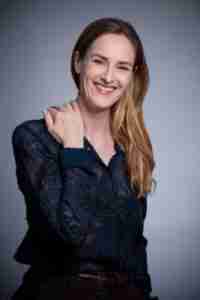 Jean Laporte arrived at the same hypothesis from an entirely different starting point. As he was founding L’Artisan Parfumeur, which was one of the first brands of niche perfume, he got a request. A friend wanted a banana perfume to round out his Folies Bergere banana costume. M. Laporte thought to macerate banana and jasmine together and “Et voila!” Except it wasn’t. This became a story shared among perfumers. Through telling it to Jean-Claude Ellena it would find its way to his daughter Celine Ellena. It stuck in her mind and she wanted to make a real effort to make perfume taking advantage of the overlap between banana and jasmine in perfumery. That is what Bana Banana is.

I don’t know which of the banana-like esters Mme Ellena chose. I suspect there are at least three to four here. She puts them together into a curvy banana accord. Then because this is meant to be more than a single note perfume, she spices it with a lot of nutmeg and a pinch of pepper. The nutmeg imparts a creaminess to the fruit. It is just the right complement to add. The pinch of pepper sets up the arrival of violet leaves to provide the subtle greenery of the wide banana leaves. Then the jasmine comes in as if flowers bloomed from the banana splitting the peel as they unfurl. That these two ingredients were meant to be together chemically, and aesthetically, comes to life. Tonka bean, amber, and musk provide a comforting base accord to end this.

I admit I adore this perfume because it confirmed my thought of how good banana and jasmine would be together. I think this is a perfume which is a cut above the typical fruity floral fare even with my predilection to liking it. I have also enjoyed wearing it in the early spring because it is so exuberant. Mrs. C laughed at me on the mornings I applied this because I breathed deep and said out loud “Hail esters!”. Give Bana Banana a try and you might join me.