As I’ve been making my list of the perfumers, I want to cover in this column, I naturally trend towards my favorites. Yann Vasnier is certainly one of my favorites. He is a perfumer who has done some of his best work in partnership with Rodrigo Flores-Roux, Calice Becker, and Francoise Caron. He is unafraid to take risks which means some of his most daring work is discontinued. I could’ve made a list of Apothia L Apothia, Le Labo Aldehyde 44, Tom Ford Private Blend Urban Musk, Marc Jacobs Bang, and Tom Ford Private Blend Lavender Palm. If I had done that it would have been a column examining texture within perfume design. M. Vasnier is one of the few perfumers who is known to have designed an Axe spray; 2009’s Axe Essence. For this month’s Perfumer 201 I’m going to look at the development of M. Vasnier’s gourmand style over the years.

Divine L’Homme Sage (2005)- M. Vasnier’s first released perfume was 1986’s Divine with Yvon Mouchel who also came from M. Vasnier’s home of Brittany in France. M. Mouchel would work exclusively with M. Vasnier. L’Homme Sage has no sage in it. What caught my attention on the day I tried it was how it played with metamorphosizing syrup in the beginning and heart. It opens with mandarin encased in sweet lychee syrup. A beautiful use of the maple syrup quality of immortelle transitions that sweetness into a heart of resins and base of woods. It isn’t strictly a gourmand style of perfume but the early moments carry that feeling.

Keiko Mecheri Gourmandises (2004)- Keiko Mecheri wanted a perfume of the marketplace in Istanbul and its confections. Specifically rose rahat loukhoum. M. Vasnier chooses to eschew a photorealistic version in place of something abstract. He embeds a praline accord inside a jammy rose accord. Then he brilliantly attenuates the intense sweetness with the contrast of saffron. It turns it into something not of the bazaar but enticingly bizarre. 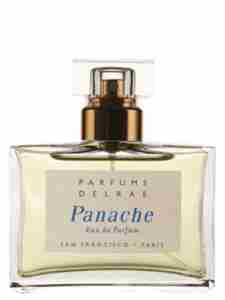 Parfums DelRae Panache (2010)- M. Vasnier has had one of his most creative partnerships with creative director DelRae Roth for her Parfums DelRae brand. Panache is a gorgeously dark rum top accord which flows into an equally rich floral heart of jasmine and ylang-ylang. Vetiver provides a support for the boozy florals. As in the previous two fragrances it is the viscous matrix of honey which makes Panache come alive. It oozes into the spaces left to it turning Panache into something lovely.

Arquiste The Architects Club (2014)- When Carlos Huber was starting his Arquiste brand of perfume he turned to two perfumers. M. Vasnier was one of them and his body of work here is among his finest. The Architects Club imagines a meeting between flappers and architects during 1930. The architects are represented by woods and vetiver. The flappers come in with gin martinis, citrus, and vanilla to liven things up. The gin accord is used as a disruptive force and it is one of the reasons, I enjoy this so much because of that energy. It is like The Wild Party goes on and on.

Frassai Blondine (2017)- Natalia Outeda also used M. Vasnier to create one of her debut perfumes for Frassai. Blondine was an early example of the transparent floral gourmand trend which has taken off in the last eighteen months. M. Vasnier takes an expansive floral accord. Then he precisely adds caramel and cocoa until they reach a place where they do not overwhelm the floral but make a sticky platform for them to rest upon. This is one of my favorites of this early floral gourmand style.

Disclosure: This review is based on bottle I purchased.