As I’ve mentioned the late 1980’s were a battleground for the masculine demographic at the department store counter. At one corner you had the powerhouse fougere Drakkar Noir. In the other corner the fresh aquatic Cool Water. The guys who saw themselves as men about town chose Drakkar. It was easily the most popular men’s going out fragrance of this time period. Cool Water was the choice for the rest of the day from the office to the gym. The other brands raced to make imitative versions of one or the other

Gucci had waited twelve years to commission a follow-up to 1976’s classic Gucci pour Homme by perfumer Guy Robert. That was a typical woody oriental which matched the majority of the other woody orientals on the fragrance counter at that time. Gucci had realized the fragrance trends were moving on and they needed something that would work for the late 1980’s man. Which way would they choose would they go powerhouse or fresh? The decision turned out to be trying to stake out an interesting middle-ground. Gucci Nobile would be a fougere but one made of the clean lines characteristic of the aquatics. Perfumer Kathy Gurevich decided the sweet spot in between would be tinted green. 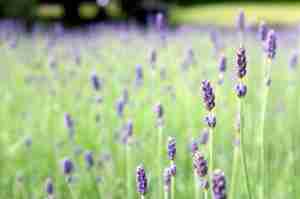 Mme Gurevich composed something with all of the touchstones of the fougere but so attenuated it was immediately identifiable as something different. This was a perfume that was made for the man who would have one perfume on his dresser that would go from office to the evening seamlessly.  That is what Gucci Nobile delivered. It was also what men didn’t think they needed. After years of languishing sales it would be discontinued. I know it didn’t make an impression on me until a perfume friend shared a sample with me long after it was discontinued. I felt this was a crisp green fougere that delighted me.

Gucci Nobile opens with an herbal flash. Mme Gurevich uses lavender but by surrounding it with sage and a cut grass accord she pulls the lavender towards it less displayed herbal character. My favorite lavender perfumes all manage to do this and it is the way I prefer lavender in my fougeres. Nobile gets this just right. The heart is held by that “green rose” geranium matched with galbanum to make sure the green outduels the rose. The base continues with vetiver and oakmoss providing the green there. Later on sandalwood and patchouli provide the final flourish.

Gucci Nobile was such a failure that it is still available in those deep discounted perfumer sellers you find in mall kiosks or outlets. You’ll have to dig for it as it is usually shoved all the way to the back of a shelf. It shows up on the auction sites for around $100/bottle. Nobile is worth the effort. This is a fougere that would thrive in 2015 as the perfume trends have finally caught up to it. It is too bad that the soul of compromise was cruelly ignored by the men of the 1980’s.