There is something within the entertainment industry that I have always had a sort of morbid fascination with. It is watching child stars try and make the transition into long-term mainstream success. This is a process with many more who fail than who succeed. One of the successes is Justin Timberlake.

I was reminded of how he has successfully transitioned as I was listening to his new single “Can’t Stop the Feeling!” The song has become an immediate earworm for me and I suspect it is going to be in the running for the Song of Summer 2016. As I’ve listened it occurred to me that Mr. Timberlake has come full circle. The new song could easily have been sung in five-part harmony when he was part of the boy band NSYNC. 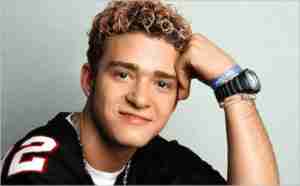 Justin Timberlake in his NSYNC Days

It was in that group, which debuted in 1995, where most of us heard him for the first time. The mid-1990’s was an era of boy bands all competing for that same pre-teen teenage girl market. It is a lucrative market as has been proven time and again. The drawback is it has a built in shelf life; the age span of their fans who can state their age with the suffix -teen as part of it. Once the fans lose that they also tend to drop what they begin to see as something which was part of their childhood; meant to be grown out of. Every one of these bands has gone through it and none of them has survived the growing up of their fans. Which then usually leaves the members looking around.

NSYNC chose to take a hiatus in 2002 and Mr. Timberlake would release his own solo album “Justified”. It showed someone who maybe had something more going on. It was his take on classic R&B. Where I ignored NSYNC “Justified” made its way on to my iPod. The album was a big success. Mr. Timberlake seemed poised to continue his musical career on his own. Except he made a different choice. 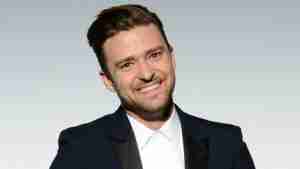 That choice was to take on an acting career; which he was unexpectedly good at. It peaked for me with his portrayal of Sean Parker in 2010’s “The Social Network”. He also showed off he was equally adept at comedy. The apex of that might have been the short he did with SNL Andy Samberg and the rest of the Lonely Island called “Dick in a Box”. From there he would make multiple appearances with some of the best sketch comedians. One thing this conveyed to me was his ability to be at ease with himself enough to be able to laugh about it.

He didn’t give up music for good and he collaborated with many of the biggest stars. His two-part album “The 20/20 Experience” showed a mature adult artist. Produced with Timbaland there was no point where I was reminded of his NSYNC days. Which leads us to this latest single.

I believe Mr. Timberlake is perfectly happy to go back to his pop music roots because he has proven himself over and over to be so much more. Which is good because “Can’t Stop the Feeling!” is definitely on my summer 2016 playlist.