The first thing I think I really strived to learn about experientially was wine. When I was in college there was an upscale mall near campus that had a by the glass wine bar in it. It also had Paul who would become my guide to the wide world of wine as I sat at the bar. Every other week my friends and I would let Paul pour us a few glasses of wine and tell us where they came from. Those were the first steps on my way to becoming what my friends call a wine snob. I love being called a wine snob because I take it to mean this, I won’t drink bad wine. I would also happily embrace the phrase perfume snob, for the same reason.

One of my rules of being a wine snob is it has nothing to do with price it has everything to do with quality. That was something Paul taught me over and over again. One of my favorite wines he served us was one of the least expensive. It was this full-bodied red wine as powerful as the California Cabernets or French Reds but it came from Spain. The wine was called Monastrell and it was from a region in Spain called Jumilla. I loved these wines and the added bit of interest was that they had a flaw that I actually liked. The grape used in the Monastrells is called Mouvedre and it is more widely known as the grape used in jug and box wines. When grown under the particular climate in Jumilla these bland grapes take on an unexpected power. Another reason they aren’t used more widely is they have that flaw I mentioned called reduction which gives it a gamey quality. In perfume terms it is like the L’Artisan Parfumeur Dzing! of the wine world. 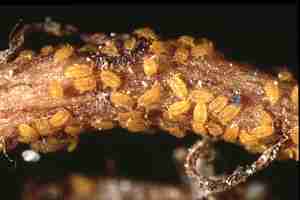 The reason you haven’t heard much about these wines is because in 1989 the entire region was struck by an infestation of an insect parasite called phylloxera which destroys the vines. As a result all of the vines in the region had to be destroyed as a firebreak to keep it from spreading to the rest of the wine regions in Spain. While this was a disaster it had a silver lining which would take twenty years to become apparent. As the vineyards replanted they used the newer hybrid versions of the vines. This would make the vines a little more pest resistant and even though the vines were new, the soil and the climate remained the same. 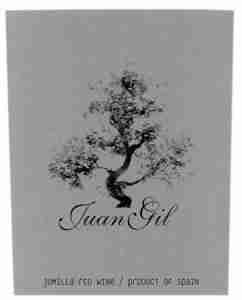 When I went to my wine store in 2012 and saw this old familiar silver label in the Spanish section I was very excited. The Monastrell Paul served me back in 1979 was from Juan Gil and there it was again. When I took the bottle home I was so pleased to see that nothing had really changed. Better vines and better winemaking methods have made for a better wine but the same characteristics remained.

Jumilla Monastrells are available for less than $15 and they are one of the best bargains in the wine section if you want a big red wine. It is a perfect companion for barbecued ribs, and more obviously gamier meats like lamb, rabbit, and pork. I like grilling steak with some olive oil and sprinkled with rosemary and opening a Monastrell to go with it.

Here are some labels to look for at your local store:

These wines benefit from being opened and allowed to breathe. Which means not just opening the bottle it means pouring it into another container. I use an old-fashioned milk bottle as my everyday carafe.

If you’re looking for the next great red wine bargain in your wine store head over to the Spanish section and give the Jumilla Monastrells a sip.