As new materials in perfumery are more widely used there are some which I become less fond of. The category of ingredients called white musks became omnipresent in the first decade of this century. Also called “laundry musks” these are the fresher analogs to the heavier versions which hew closer to the natural source. There are so many of the lighter musks because they have uses beyond perfume. They are the main ingredient in clothing detergent when it says, “spring fresh”. As perfumers began to use them more and more for their fixative properties, I would find they could give a kind of screechy quality to the final stages of perfumes. One of the best things about perfumery today is there are so many creative people looking to do something different. I am not sure when it happened, but it seems like around five or six years ago a few of them learned a curious truth. One white musk might be boring but if you layer a bunch of them together there are some almost supernatural effects to be found. Jul et Mad Stairway to Heaven finds the right set can take you to the roof of the world. 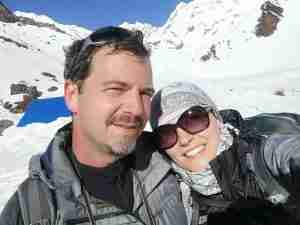 Jul et Mad are creative directors-owners Julien Blanchard and his wife Madalina Stoica-Blanchard. The brand is named after them because it represents their life as translated into fragrance. For Stairway to Heaven it is based on their trip to the Himalayas in Nepal. They would hike up to the Annapurna Base Camp the literal stairway to the highest heights a human can attain via walking. I’ve done my share of high-altitude hiking here in North America. In the press materials they describe the experience as “bowing before the beauty and the sumptuousness of this veritable sanctuary.” There is something spiritual about reaching as high as you are able. There is also a scent to that. 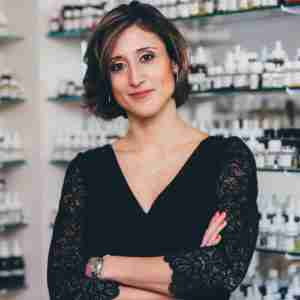 For Stairway to Heaven the Blanchards turned again to perfumer Cecile Zarokian, whom they worked with previously on Aqua Sextius. It seems like they all agreed that this was going to be a white perfume. Mme Zarokian is that kind of ingeniously curious perfumer that I have a feeling she had a cocktail of white musks she thought might work. The press release says the heart of Stairway to Heaven is a combination of eight white musks. It leads to a fantastic accord at the center of this perfume.

Before those white musks show up Mme Zarokian wants us to take a deep breath of cold air at altitude. She opens with a chilly whoosh of aldehydes; another maligned ingredient. Mme Zarokian uses a firm hand at keeping the balance refreshing instead of obstreperous. Now as we look out over the snow field rising to the sky the musks come together in a powdery snow accord which is kept traditionally powdery in the early moments by rose and iris. The musks get a firmer hold and now they are like shuffling through fluffy crunchy snow refreshing and soft. A skirl of meditative incense wafts over the musks in the final phases.

Stairway to Heaven has 24-hour plus longevity and average sillage to start before becoming a skin scent after 12 hours or so.

Stairway to Heaven is a wonderfully realized brief. Most of the time I laugh at what a perfume is supposed to remind me of. Not this time. Every time I had this on my skin it was like staring up at the majesty of nature. Only to have a mixture of white musks whisper back to me.

Disclosure: This review was based on a sample provided by Jul et Mad.