One of the things that so thrilled me when I received my box of perfume rarities from my anonymous benefactor was the opportunity to try things I have only read about. As I was categorizing the samples I found one I had heard of called Bat-Sheba. I was surprised to find the next vial labeled Bat-Sheba, too. At first, I thought my donor had double-packed but then I saw two letters after Bat-Sheba one had “WM” and the other has “EO”. I tried to figure it out on my own, “extrait original?” “woody masculine?” I got one of the words correct, but I had to get some clarification. Turns out the letters stood for “Woody Modern” and “Exotic Oriental”. This would begin a kind of perfume informational archaeology to try and learn all I could about Judith Muller Bat-Sheba. 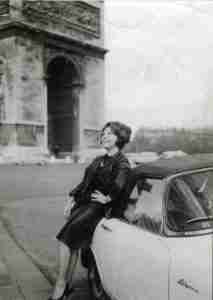 Judith Muller was born in Hungary in 1935. After surviving World War 2, her family settled in Israel. She would find herself in Paris learning about perfume in 1962. It brought her into the orbit of perfumer Ernest Shiftan and his young protegee Sophia Grojsman. Ms. Muller wondered if a perfume could be made from Biblical ingredients. They would put their heads together and come up with a prototype perfume called Bat-Sheba. This was seemingly produced in a very small batch and I can’t figure out if it was ever sold anywhere. 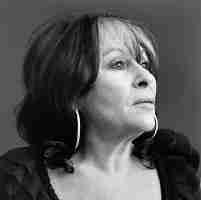 Ms. Muller would return to Israel, in 1965, with designs on being an Israeli luxury brand. A pillar of that desire was going to be Bat-Sheba perfume. In 1968 there would be two releases; Bat-Sheba Woody Modern and Bat-Sheba Exotic Oriental. As far as I can tell Woody Modern is close in formula to the original Bat-Sheba formulation. Exotic Oriental seems likely to have been a different mod on the way to the original. One reason I believe that is both perfumes converge on the same base accord. The trip there is quite different. 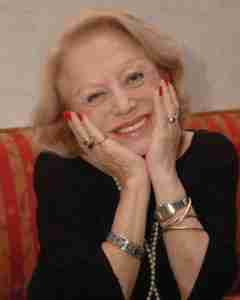 Woody Modern opens incredibly green with galbanum and cardamom. The cardamom is used to take some of the edge off the galbanum. The heart is a gorgeous honeyed rose accord. It is kept on the soft side but there are some green facets also added to continue the top accord. The base is all chypre as sandalwood, vetiver, musk, oakmoss, and patchouli form a classic form of that accord. What is interesting about the way it wears on my skin it is like the vestiges of an ancient version of chypre with a kind of mineralic aspect I can’t identify. This felt like the perfume of the seductress this is named after.

Exotic Oriental goes in a spicy direction in the top accord. Cardamom, cinnamon, clove are all things I detect. Lavender is added to provide a fougere-like feel to the opening. Rose is still the keynote in the heart but this time the spices replace the honey. It accentuates the spicy core of the rose. This results in a less lush heart accord than in Woody Modern. The spices lead seamlessly into the exact same base accord as described for Woody Modern. In the case of Exotic Oriental because of the spices this felt more like a perfume of Biblical ingredients. 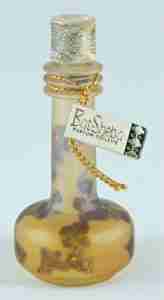 Ms. Muller would sell her perfumes from her Haifa, Israel store. Most others discovered it when it was presented as part of the duty-free offerings on El Al flights to and from Tel Aviv. Housed in pretty little ancient amphora-like bottles they became luxurious souvenirs of an Israeli trip in the 1960’s. Those bottles have made them highly sought after by those who collect perfume bottles. It is one reason there is not more of them in perfume lovers’ collections.

Ms. Muller would continue to produce perfume releases until her last collaboration with perfumer Pierre Bourdon. They created Hungarian Rhapsody No. 5 in 2005; meant to be a national fragrance of Hungary. She would pass away in 2012.

The reason Bat-Sheba Woody Modern and Exotic Oriental are in the Dead Letter Office is because they are victim of limited distribution. They were ideal perfumes of their time and even experiencing them now I especially think the green honeyed rose of Woody Modern would live up to the second word in its name.

I really enjoyed digging through the scraps of information that existed. I must credit the Cleopatra’s Boudoir blog with having the most extensive information on Ms. Muller and Bat-Sheba, if you’re interested to know more click on the link. At the end I felt like the story of Judith Muller Bat-Sheba was my own version of interpreting perfumed Dead Sea Scrolls.

Disclosure: This review was based on samples provided by a generous reader.