I have come to acknowledge my music playlist mirrors my perfume rotation. There are songs, and fragrances, which are better in a specific season. The other thing music has in common with perfume is it can conjure up time and place. One musician who is a summertime staple and a reminder of my life in South Florida is Jimmy Buffett.

Jimmy Buffett has become known over the last thirty years as one of the great concert performers with group of adoring fans called “parrotheads”. It reflects an artist at ease with the style of music he makes who openly embraces his fans joining in the fun. I’ve never considered myself a “parrothead” because my fandom came about before all of that. 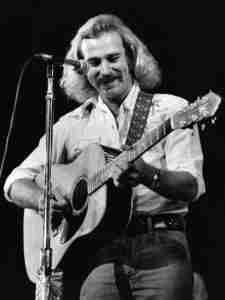 Mr. Buffett was a staple on South Florida FM radio and at dockside bars where even in the early 1970’s his songs could turn the party up a notch. The song I heard on the radio which caught my attention was “Why Don’t We Get Drunk” the reason it made an impression is the next two words, “and screw”. In 1973 these kind of parody songs had a place on the FM radio playlists. I would pick up the album it was on “A White Sport Coat and a Pink Crustacean” to find a set of songs that spoke of living a casual life in the tropics.

Over the next few years each subsequent release would become part of any mix tape I made. On his next album “Living and Dying in ¾ Time” it is another comedy song “God’s Own Drunk” which has always been one of my go-to choices when I need a smile.

For a long time Mr. Buffett was a musician who felt like he was going to be a regional attraction. Then in 1977 with the release of the album “Changes in Latitudes, Changes in Attitudes” and the monster hit “Margaritaville” that thought was blown out of the water. Suddenly everyone was looking for their “lost shaker of salt” and wanting in on the party.

That party has gone on ever since. For me when I listen to his music from 1973- 1985 it reminds me of where I grew up. The people I spent time with. A casual summer lassitude where life is on hold. I can sit on my porch in Poodlesville put in the headphones and be in the Florida Keys. There is magic to that.

I may not identify as a “parrothead”, but I will be spending a lot of time this summer with Mr. Buffett at the top of my playlist.