One of the familiar refrains of this column is the perfume being profiled was ahead of its time. That is inevitably followed by the conjecture on whether it would have succeeded at a different time; after trends caught up to it. There aren’t many that are given that second chance only to end up back in the Dead Letter Office. Donna Karan Chaos owns this distinction.

Donna Karan is one of the most successful designer perfume brands on the market. Her namesake fragrances plus the DKNY branded ones are classic mass-market perfumes. It didn’t start out that way. Ms. Karan released her first branded perfume in 1992. Over the next ten years she would release another five perfumes. Taken as a collection they were an impressive group of fragrances staking out their own territory. Using those perfumes it seems like Ms. Karan was attempting to create her own niche-like character. That five of the six, Cashmere Mist the exception, are all in the Dead Letter Office tells you how successful they were in the marketplace.

In the realm of the senses where being different is lauded; that group of six were delightful for that. I own all of them because of their unabashed desire to do their own thing. They are examples of what mass-market can aspire to. Each of them was contemporaneous to emerging trends from niche brands. 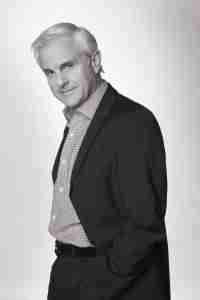 In 1996 the style of spiced dried fruit Oriental perfume was just beginning. Working with perfumer Jean-Claude Delville; Ms. Karan and her co creative director Jane Turker made one of the earliest versions of this.

What is fascinating about Chaos is it accomplishes this fruitiness without a single fruit ingredient in the note list. This would become common; in 1996 it was still infrequently seen. M. Delville would form an axis of coriander, saffron, and sandalwood. On to that he would adhere precious woods, resins, and spices. This is a gorgeously realized opulent Oriental ahead of its time.

Chaos was discontinued in 2002 after failing to capture consumers’ attention. This is where I say Chaos was ahead of its time and that’s why it is in the Dead Letter Office. Except the powers that be at Donna Karan must have thought that time had arrived in 2008 when they re-issued Chaos onto the market. Along with two of the other original six Donna Karans which also seemed to be too early for perfume lovers.

By 2008 Chaos was not an oddity there were many other perfumes going for two to three times the price in the same style. This was the time for Chaos to thrive. Except it didn’t. It would be discontinued for a second time in 2013.

As much as I want to believe every perfume has the right time to find its audience Donna Karan Chaos stubbornly refutes that hypothesis by finding its way to the Dead Letter Office; twice.