When it comes to the overexposed styles of fragrance all I can ask for is just a tiny bit of imagination to be applied. You can still stick to the basic architecture by using some different materials. There is no more overexposed style than the aquatic. The desire for fresh and clean perfumes has created a monster where perfumes don’t want to stray too far from what works. Which is why I look to the independent perfume community to give me an aquatic which is different. One of the best, Isabelle Michaud, has given me one in Monsillage Route du Quai. 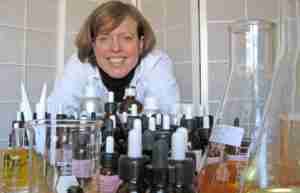 Mme Michaud has made several perfumes capturing a sense of place. For Route du Quai she wants to capture the town, Riviere-Ouelle, she spent summers in. Riviere-Ouelle is situated on the east bank of the St. Lawrence River in eastern Quebec. As a child of South Florida my summer beach does not smell like Mme Michaud’s. The only constant will be the water, although the temperature will be very different. That is what struck me as I wore Route du Quai this is an aquatic that captures summertime next to a cool running river.

Another big difference is where Rout du Quai begins. Mme Michaud captures the vegetation on the riverbank. Her opening is a trio of clary sage, juniper berry, and seagrass. It reminds me of the scent of the dune grass in New England except this accord is a shade, or two, deeper than that. Mme Michaud then creates an ozonic accord to represent the wind off the water. On this breeze rides a trio of three flowers; rose, lilac, and iris. These add a powdery veil to everything. The river accord is created around a desiccated driftwood, sweetgrass, benzoin, and myrrh. This is the scent of a wide moving body of water carrying chilly depths. It is as refreshing as those trite aquatic accords in lesser fragrances. A mixture of light musks finish Route du Quai.

Route du Quai finds its own space within the aquatic genre of fragrance by having a cool river run through it. It is another riff on an aquatic that only comes from a talented creative like Mme Michaud.

Disclosure: this review is based on a sample supplied by Monsillage.

The amount of perfume in the Colognoisseur Home Office is ridiculous; I admit it. Yet like Gollum I look at all of it and think “my precious”. One cool thing about it all is discovering something in the back of the closet and reacquainting myself with it all over again. It is part of the reason for this column. The last ten years, especially, has seen so much good perfume it shouldn’t get lost in the shuffle. This year literally against the wall of the perfume vault I found a bottle of Monsillage Eau Fraiche. It has been a joy catching up with it this summer. 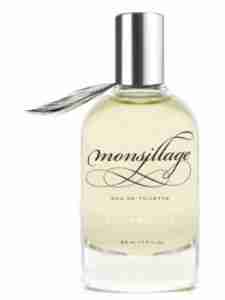 For those who are unfamiliar with Monsillage and the independent perfumer Isabelle Michaud behind it, a little recap. Mme Michaud released her first perfumes in 2010. She sold them exclusively in Canada, at first. By 2011 when I discovered them, I was impressed with all of them and eventually purchased all three.

One of the reasons Eau Fraiche returned from the back of the shelf is it uses a lot of verbena. When it comes to citrus perfumes verbena provides a lemon-green combination I find refreshing. Mme Michaud uses it in a classic Eau Fraiche

Eau Fraiche opens with that zing of verbena. Mme Michaud supports it with an herbal coterie of rosemary, thyme, and lavender. All of those provide more traction to the green quality of the verbena. Mandarin is present to make sure the lemony quality does not get lost. A dewy lilac transitions to a deep vetiver in the base. This is that summer vetiver which has made it such a popular perfume ingredient. A little white musk and cedar rounds it out.

We have been in a heat wave for much of the last few weeks. Eau Fraiche has been my antidote to that. It is just the right perfume for this season. As I was learning to enjoy it all over again, I was thinking I could have called this column “Back of the Closet” but it is called “Under the Radar”. Monsillage and Eau Fraiche should be on your radar screens.

There are some independent perfumers working in places where the nearest colleague is far away. I have written that having a supportive community of other independent perfumers can be beneficial. While I believe that; there are a group of these same perfumers who being in isolation leads to unique beauty. One of those is Montreal Canada-based Isabelle Michaud.

Mme Michaud’s brand is called Monsillage. I was introduced to the brand in 2011 when a reader at CaFleureBon, where I was Managing Editor, sent me samples of her first four releases. What immediately grabbed me was Mme Michaud’s ability to successfully tweak traditional perfume architectures. Aviation Club was my favorite of those early releases which reminded me of 1960’s powerhouse masculine leather colognes. Her next release Vol 870 YUL-CDG showed she can take off on her own, creating her own style. It took a few years but in 2015 she continued to impress with Eau de Celeri which won last year’s Art & Olfaction Award in the Artisan Category. When she contacted me after the New Year to let me know a new release was on its way I was ready for the next evolution of Mme Michaud.

That new perfume is called Pays Dogon. Mme Michaud was inspired by a visit to the Bandiagara cliffs in Mali, Africa. The people who live there are called the Dogon and the area around Bandiagara is called “Pays Dogon” (Dogon Country). What allows the Dogon to thrive in their dwellings built into the sandstone cliffs is the microclimate which allows vegetation to thrive on the surrounding plain. It provides a transitional zone of green and mineral. That dichotomy is what Mme Michaud is inspired by for Pays Dogon.

Mme Michaud begins on the plain as green dominates the early moments. A vegetal green accord she calls “green oasis” is an evocation of dense jungle canopy, slightly humid, along with the leafiness. Threaded throughout are notes of pepper, baie rose, and ginger. The ginger works especially well in the early moments as it adds a sizzle to the early moments. To make the transition to the cliff dwellings Mme Michaud uses the hibiscus as this note; it carries a subtle muskiness along with a green floralcy. It is now that she composes a mineralic accord. Using, cypriol, vetiver, patchouli, guaic and sandalwood it coalesces into a sun-warmed stony accord. As this accord forms, there are elements of the green from the top still around as the breeze perhaps brings those scents up from the plain.

Pays Dogon is Mme Michaud’s most unique composition to date. She is becoming a more assured perfumer by taking her time up there in her Montreal atelier. The compounding of green and stone in Pays Dogon exemplifies why this is the right way for her.

Disclosure: This review is based on a sample provided by Monsillage.

If I was asked to name a perfume trend of the last six months I would unhesitatingly reply, “green”. Not green in the sense of being eco-friendly but green as in the combination, and dominance of, green notes and themes. It is an interesting hive mind kind of thing to think about; when perfumers working all over the world all begin to converge on a similar theme. You might easily believe in New York and Paris where there are higher numbers of perfumers some of that might form organically. How do you explain it finding its way to Montreal? Owner and perfumer of Monsillage, Isabelle Michaud, has produced one of the more unique green perfumes I’ve smelled called Eau de Celeri. 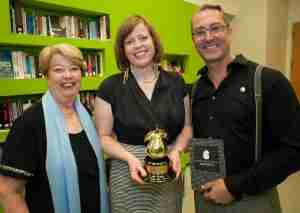 Based on the name you might expect Eau de Celeri to evoke the vegetable crisper drawer in your refrigerator. Let me assure you right at the top that is not the case. The celery in the title is meant more to give you a sense of the hue of green Eau de Celeri represents. It isn’t a pale transparent wispy green. It also isn’t a galbanum sledgehammer either, although there is galbanum here. Mme Michaud works some of the more familiar green sources but she finds something crisp about them. If there was anything about celery this perfume reminded me of it was that snap of a fresh stalk.

Mme Michaud opens with a very fresh citrus mélange of lemon and grapefruit. This is a tart snappy beginning. It segues into a cut-grass accord but there is one additional note Mme Michaud adds which gives that cut-grass a makeover. She uses coriander leaf as a co-conspirator. The rough green quality of coriander itself is instead made diffuse placed inside a leafy matrix. It adds an herbal edge as well as subtly shading the grass slightly darker. It allows for an extremely smooth transition to a base of vetiver on top with galbanum providing support. If galbanum can clobber you like a caveman’s club; in Eau de Celeri Mme Michaud employs it more like a scalpel. She allows it to fill in the gaps that the vetiver and the cedar in the base leave for it. It makes it more of a ghost floating in and out between the other two more prominent notes. That kind of wispiness caused me to keep tuning back into Eau de Celeri on the days I was wearing it. It acted like an olfactory tap on the shoulder saying, “Hey you’re wearing a pretty nice perfume buddy.”

Eau de Celeri has 14-16 hour longevity and above average sillage.

On the days I wore Eau de Celeri I had a few people ask me what I was wearing. It is really a very genial perfume that can be worn for almost any occasion. Mme Michaud plugged into the perfumed gestalt around green and came up with one different than all the rest.