When the discussion about whether perfume can be considered an art form comes up I am often reminded that photography wasn’t really considered an art form until the 1970’s. The mythical gatekeepers that consider “What is art?” finally gave way under the volume of work that could not be ignored. One of the modern photographers who I most admire, Irving Penn had one of my favorite quotes about the power of his works. He said, “A good photograph is one that communicates a fact, touches the heart, and leaves the viewer a changed person for having seen it; it is in one word, effective.” I read this on a visit to the Art Institute of Chicago just before I entered the gallery containing some of his photographs. Mr. Penn is much more than just effective his portraits and still lifes do what any art form does as it communicates the mundane on a subliminal level of beauty. 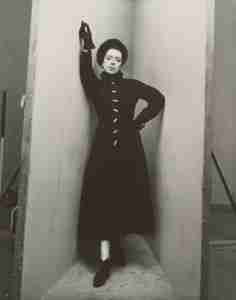 Mr. Penn’s rise began as he started working at Vogue Magazine in 1947. Throughout 1948 he would take a series of pictures of some of the famous people who came through the Vogue offices. He posed them in a narrow “V” of plywood which was made apparent by the larger framing to allow you to see the room around the artificial confinement. The picture of Elsa Schiaparelli above is one of my favorites because it shows the fashion designer could not be contained by any artifice at all. Each subject used the narrow space differently. 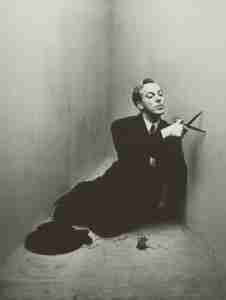 Jacques Fath had a pair of shears with which he was trying to cut his way out. 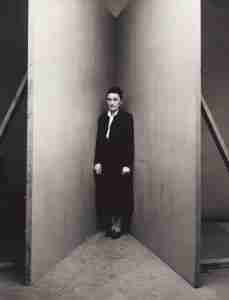 Georgia O’Keeffe squeezed herself as far back as she could and Mr. Penn pulled the camera back further on that shot than any other in the series. 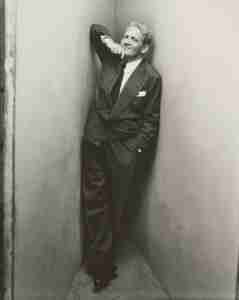 Spencer Tracy looked at ease. This was Mr. Penn’s gift to use something as simple as a restricted space to display differences in personality. 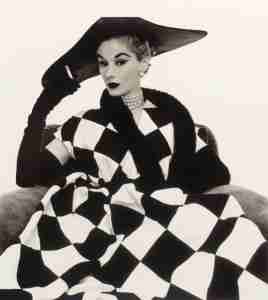 He would meet his wife while at Vogue, model Lisa Fonssagrives. She would become the subject of many of his fashion shots the most striking of which is the Harlequin Dress seen above. 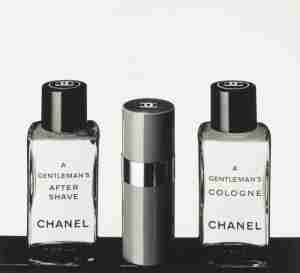 The other large part of his artistic collection was still lifes of objects placed exactly so. The picture of the 3 Chanel Products is a perfect example of this style. 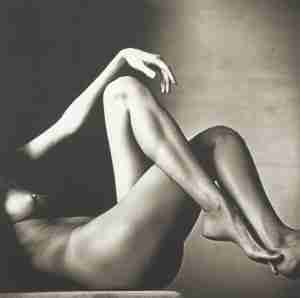 By the 1990’s he shot some spectacular nudes of which my favorite, “Leggy Nude, New York” is seen above.

Mr. Penn always shot what he loved and what moved him and that emotion is apparent in every one of the photographs. In the end I believe art is all about connecting to our emotional core and if something can reliably do that there should be no question about whether it is art. I believe perfume has its Penns and Adamses who will also eventually create a volume of work that will be undeniably art, it just takes time. Thankfully Mr. Penn’s time arrived before his death in 2009 so he could see his creations lauded for their artistic value.

All images by Irving Penn found on the Art Institute of Chicago website.