If there is a historical precedent for the masculine wearing of perfume it is the “dandy”. For those unfamiliar with the term it described a type of man towards the end of the 18th century. The first were considered commentators on current mores by living and acting outside of them, with a plucky style. A piece of that was the wearing of large, scented flowers. Gardenias were found in the lapels of many of them. It was a statement that this man wasn’t afraid of smelling like a flower. Their existence has been the source of inspiration for many perfumes three centuries later. Parfrums MDCI L’Elegance uses a portrait of one as the starting point. 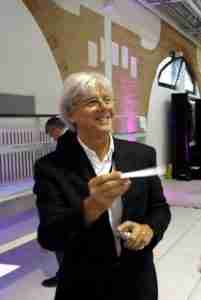 L’Elegance is the latest in “The Paintings” collection begun last year. The portrait of Pierre Seriziat painted in 1795 by Jacques-Louis David. This captures the prototypical dandy in all his insouciant demeanor. Looking on at all those sad members of society locked into their social straitjackets. All while flaunting the ability through dress to have escaped those bindings. Creative director Claude Marchal and perfumer Irene Farmachidi turn that into a perfume. 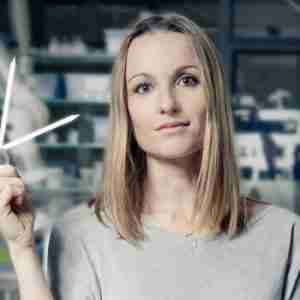 The top accord portrays the aloofness through an austere frankincense, black pepper, and cardamom. Incense can create that kind of sacred space. In the top accord Mme Farmachidi use that as a scented attitude. It becomes deeper in the heart as she coats iris in honey. This is the heart of a dandy, over-the-top sweet sticky floral. A set of spices are used to remind one there is a man under it all as cumin, cinnamon, and nutmeg coat the sticky floral matrix. A roughened-up sandalwood forms the base as she throws an oud accord, cistus, and tonka bean to give it more texture.

This is the closest scent interpretation of the painting on the bottle so far in “The Paintings” collection. It isn’t hard to think the subject could smell something like this. I found this dandified perfume just fine and dandy.