For all that I miss not attending Esxence this year for once I was okay with it. Avengers: Endgame and Game of Thrones took priority over perfume in the Colognoisseur home office. That didn’t mean I wasn’t aware of what was happening in Milan. When I am not able to be there, I have a lively conversation over the internet with those who are. The previous times this has happened the back and forth has been entirely about perfume. This year it changed. Based on some of the other reports and videos coming out a week later this was something which seemed to show up largely, for the first time, this year; “the influencer”.

For those unfamiliar with the term an influencer is a person who does videos and/or writes on a subject in such a way that their audience is energized to seek out the product being featured. In the larger worlds of fashion, video games, cooking, and motherhood there are acknowledged people who have an effect on their audiences. Which of course means brands seek these people out because they have proven themselves. It is where the term was coined as brands called them influencers. What has happened more recently is anyone who posts a video or writes a blog post calls themselves an “influencer”. They are probably not. This year at Esxence the behavior of some of the self-named “influencers” was horrendous bordering on unethical. 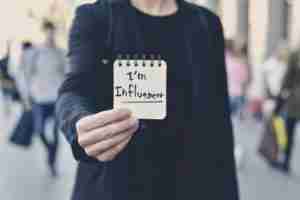 Because I Say So!

I heard of many of them only agreeing to meet with brands if they would give them a full bottle. This was the least of it. One brand had a price list shoved in their face over what they would get for what they were charged. As I was reading texts the whole exercise seemed like a giant scavenger hunt to see who could score the most free stuff. That impression has only been reinforced by early videos highlighting just how much perfume they came home with. I will note that in a couple of the videos there isn’t even a mention about the perfume just the glee at having scored a full bottle.

When the brands asked me what to do, I told them to make them prove their audience listened to them. Tell any of them as a start to ask their audience to e-mail the brand and they would receive a sample. If that showed the brand there was a level of support, they could discuss where to move from there. When the price list “influencer” was given this as a proposal they walked away. That is the crux of the problem very few of the self-named influencers know if they have any impact at all. They assume it but they have never measured it.

I have never measured any supposed influence I have because I don’t care. I write about perfume because it is fun. I have an audience of readers who share that with me. I have never asked a brand for a full bottle of anything. I only request samples because that is enough for my needs. I have received bottles because there are brands who are that generous. As a reader you know when that happens because everything I have ever written has a Disclosure line above my signature at the end where I mention the size and source of the perfume I am writing about.

This does not mean that there are not people in the perfume world who I don’t think are influencers. In general those aren’t the people who have to tell you they are. Those are the people who have proven over time through their actions that they are. The fragosphere is better for their participation. If you have to tell someone you’re an influencer you’re probably not.

I am on the flip side of that I am not an influencer and happy to be just a writer about perfume.