As I have mentioned many times one of my very favorite class of perfumes is incense. Over the years of writing about perfume there is nothing I look more forward to than trying a new incense fragrance. At Esxence 2015 there was a very uniquely placed incense fragrance.

As I was acquainting myself with the new brands on display at Esxence prior to my trip I found the story behind the brand Unum to be a different path to a perfume than most. The brand started off as a room spray and it was in their Laboratorio Atelier Vesti Sacre where they would use it to scent the air where they produced religious vestments. Just before they would send them out to their clients they would lightly spray them with the room spray. Two of their clients are former Pope Benedict and the current Pope Francis. Over the years they found that some of their clients were actually wearing the room spray as perfume. They would decide to create an extrait de parfum version of this room scent and name it after the initials of the atelier LAVS. The perfumer and owner of Unum is Filippo Sorcinelli.

Sig. Sorcinelli has crafted a church-like incense perfume in LAVS. One of the major differences is where other church inspired incense perfumes work on capturing the entire religious milieu LAVS is first and foremost the incense. It is incredibly simple for that amount of focus although after wearing it for a couple of days I would discover some nuances not immediately apparent on my initial tests. 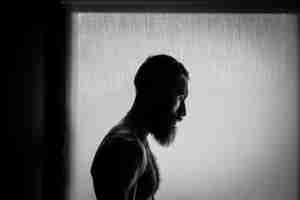 Whenever I talk about incense in a perfume I remark that the best ones have an almost metallic edge to them. I wasn’t able to find out the source of incense used for LAVS but wherever it comes from it is exquisite. It forms a pristine pyre radiating a chilly presence. This is where the other church-like perfumes race to add something. Sig. Sorcinelli allows his incense to just be. It makes it an almost meditative kind of perfume. One of the days I wore LAVS I found myself almost supernaturally drawn in to this incense lost in contemplation. There is a very long list of notes which are said to be present in LAVS. To my nose there are only four which I detect. Primarily elemi provides a bit of rough texture to the incense. It never really gets much traction but it does make it feel less perfect. There is a tiny bit of jasmine and it is such that it flits around the edges barely rising up enough to notice it. I mostly find it hiding out with the clove which is the only other really prominent note, along with the elemi. The clove provides depth. Rosewood is the choice to provide the foundation for the incense to be displayed upon. This is an inspired choice as it provides solidity without volume.

LAVS has 16-18 hour longevity and almost no sillage.

I admire LAVS a lot for all of the quality present. I actually think the quality works a little bit against me falling head over heels in love with it. There is an almost religious purity to the incense that there were times I was wearing it I thought this was just the greatest incense soliflore ever. Then there were times it just receded to the back of my consciousness and I barely remembered I had it on. LAVS is going to be some people’s Holy Grail incense perfume for all of that. It is definitely going to be one I revisit quite a bit I won’t even need a Papal Bull to remind me of that.

Disclosure: This review was based on samples I received from Unum at Esxence 2015.