I receive a box of samples from Sephora every two or three months. For many consumers this store is the interface between them and perfume. When I first started paying attention to fragrance one of the attractions of going in the store was, they would make samples of anything on the shelf. Twenty years ago the mainstream was found on those shelves. What was going on in the independent niche perfumery world was unseen. In 2021 that is not the case. There are new releases which show how much influence niche has had on the fragrances for the mass-market. In my most recent box of samples I found Kayali Invite Only Amber 23 which solidified these thoughts I’ve been having. 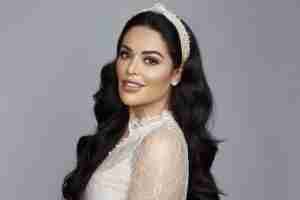 Huda Beauty is the brand begun by sisters Huda and Mona Kattan. As the brand has expanded across the beauty sector the sisters have divided and conquered the different pieces. When it comes to fragrance it is Mona Kattan who creatively directs that piece. In 2018 she created the Kayali brand with a debut collection of four. This year there have been three releases of which Invite Only Amber 23 is the fall release.

The influence of niche shows in the number at the end of the name. It represents the number of mods before they finally reached the one in the bottle. There are many independent brands who have allowed the consumer inside the creative process through a simple number. As long as you know what it represents.

What’s in the bottle is perhaps the greatest representation of how niche has influenced things. If I said to someone at the mall, I’d like a woody gourmand with hints of oud. They probably would have given me directions to the food court. Today they might likely hand you Invite Only Amber 23. 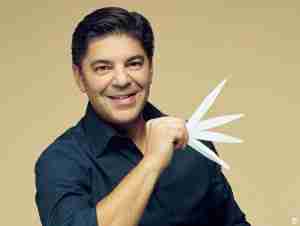 Ms. Kattan works with perfumer Ilias Ermenidis to create this. One thing I’ve enjoyed about the Kayali releases to date is they are not as transparent as most of their contemporaries. Ms. Kattan seemingly believes a little weight is not a bad thing in a perfume.

The perfume opens with a cherry-flavored tobacco accord. Mr. Ermenidis makes this more tobacco than fruit, but it is the presence of the cherry which makes it. Hazelnut flavored chocolate adds a gourmand layer under the tobacco. This results in an appealing gourmand accord.

The base is where the influences of the last twenty years also appear. Oud has become one of the most used ingredients in perfumery. It has an exotic quality on its own. In this case Mr. Ermenidis constructs an oud accord. This allows him to create a piece which is less edgy than oud itself. Because that is kind of sterile, he makes a smart choice to add in a tiny amount of the real stuff. This catalyzes the whole construct to add a potent woody contrast to the gourmand half.

Invite Only Amber 23 has 10-12 hour longevity and average sillage.

The world of perfumery has changed so much. That in twenty years a perfume like Invite Only Amber 23 exists at the mall is a testament to what niche has wrought.