When it comes to modern perfumery there are some classical combinations. They are the ones you will encounter repeatedly the more fragrance you encounter. When I receive samples, I’ll look at the ingredient list and inwardly say, “Not another fill-in-the-blank”. Most of the time my antipathy is rewarded with something that just trod the same well-worn path. Rarely I receive a sample of a perfume which seeks to take that familiarity and turn it into an asset. That is achieved by having a deep understanding of the materials being used. It also comes by going beneath the surface to add depth and texture. Azman Two Minutes After the Kiss does all of that for rose and oud. 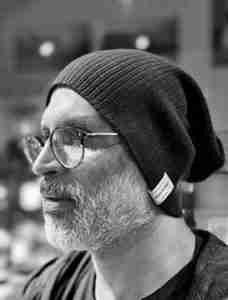 Azman is a new fragrance brand founded by Husen Khan. He grew up in India and now resides in Dubai. In between his job took him all over the world. He has an aesthetic we’ve heard before, to mix Arabian and European perfume. On paper it sounds like things I read too many times which never understand what they mean. Mr. Khan is one of those who did his homework resulting in a perfume that does exactly what he desires. Part of that is choosing Cristiano Canali as perfumer. If you give the brief of Arabian-European rose oud to him it won’t be checking off boxes. 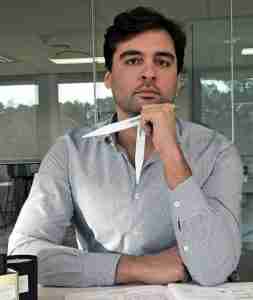 When you are making a rose and oud perfume the first question is which rose and which oud. There is a spectrum of choices. In this case the rose is a Turkish version. The oud is Laotian. Of all the oud oils I own my favorite is the Laotian version. It appeals to me because there is a slight floral piece of the profile. The other reason is it is smokier resinous without tripping over into a dirtier profile that other ouds have. The Turkish rose is probably my favorite rose because of the spicy core of it. This is a rose I think of as a passionate rose. Sig. Canali gives them the space to evolve with a stellar cast of supporting ingredients.

It begins with both keynotes right away. A large amount of cardamom is used as the first modulator. This is a greener version of the ingredient. It has a more intense presence which is necessary to break through the keynotes. Now a smoky Omani frankincense swirls through amplifying the same parts of the oud. Some pepper finds the spicy piece of the rose in the same way. Both ingredients act as catalysts to bring the subtle threads forward. The softer resin of myrrh finds harmony in both.

Now the perfume enters an earthy only slightly animalic phase. It begins with the unique animalic source of beeswax. It grows deeper in that direction with a leather accord. An austere sandalwood along with patchouli and vetiver form an earthen contrast to the leathery piece of the base accord. Over time it ends as it began with the rose and oud on top.

Two Minutes After the Kiss has 24-hour longevity and average sillage.

This is a remarkable rose oud fragrance. It is going to be one of my all-time favorite ones. It comes about because the creative team allows the familiarity to breed beauty.

Disclosure: this review is based on a sample provided by Azman.