Licorice shares a similarity with lavender. In both cases there is a more common version which is very sweet. Then there is a version with the herbal nature of both raw materials kept intact. The very first licorice perfume was released in 1997, Lolita Lempicka. Since then there have not been a deluge of releases but there are five which I think are worth seeking out.

I have to start with the alpha licorice perfume Lolita Lempicka by perfumer Annick Menardo. Mme Menardo takes licorice through all of its various faces. It moves through stages from herbal lozenge to red licorice whips. It was the answer to those who thought Thierry Mugler Angel was too sweet back in the 1990’s.

Christian Dior La Collection Privee Eau Noire by perfumer Francis Kurkdjian. Eau Noire is primarily an immortelle perfume but licorice plays a vital part in the final moments. M. Kurkdjian wanted an herbal beginning which he uses clary sage and thyme for. In the base he uses a very herbal licorice as the bookend around which to wrap the immortelle. It is these choices which make Eau Noire the excellent perfume it is. 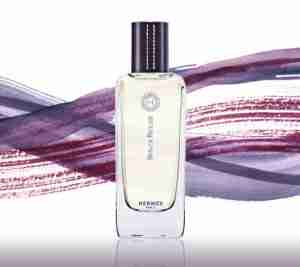 Hermes Hermessence Brin de Reglisse by perfumer Jean-Claude Ellena. This fragrance is a study in the herbal nature of licorice and lavender together. It is all accomplished in M. Ellena’s characteristic transparent style. It is a marvel that this never becomes oppressively sweet or overtly cloying; it stays right in the pocket all the way through.

Serge Lutens Boxeuses is one of the best perfumes in the entire collection. Rich plum, animalic castoreum, refined leather and a fabulously intense licorice. Perfumer Christopher Sheldrake creates a brooding snarling masterpiece with these four notes. Not for the timid to be sure.

I met independent perfumer Jessica September Buchanan at Sniffapalooza six years ago when she debuted her perfume 1000 Flowers Reglisse Noire. It was love at first sniff. Revisiting it again for this piece it is amazing what Ms. Buchanan elicits from her keynote with a judiciously chosen set of supporting cast. Pepper and shiso capture the greener aspects. Ginger and cacao provide contrast. The base is a gorgeous melding of the licorice into an earthy woody base of cedar, vetiver, and patchouli. It still remains one of the most impressive first releases I’ve smelled from an independent perfumer.

Hopefully these choices have you craving a bit of herbal-tinged candy. Try these five of my favorites. 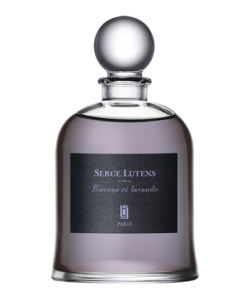