I have resisted the comparisons between current Hermes in-house perfumer, Christine Nagel and her predecessor, Jean-Claude Ellena. Mainly because I believe Mme Nagel has formed her own aesthetic at Hermes which doesn’t resemble what came before. Which is what I was hoping for. Although there was probably going to be an inescapable comparison when she would try and design a new mainstream cologne. 2006’s Terre d’Hermes by M. Ellena is an acknowledged game-changing cologne. It introduced most of the world to the synthetic woody ingredient Iso E Super. The time has come for Mme Nagel to face up to this as she releases Hermes H24.

The name comes from the men’s ready-to-wear collection at Hermes. Mme Nagel spent time with the menswear creative director Veronique Nichanian as she was thinking about H24. What she came away with was an idea of making a textural fragrance equivalent to the fashion of Mme Nichanian. There was also one other part of their collaboration which will come to be the signature of H24.

H24 is a simple construction around herbs and woods with a rich floral sandwiched between. Mme Nagel sends it all in a different direction with a unique ingredient in perfumery. 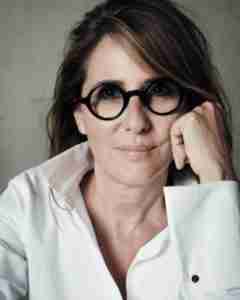 H24 opens in classic masculine fragrance territory with a very sharp clary sage. For almost fifty years this has become one of the keynotes of mainstream men’s fragrance. It persists because it also has a freshness to it which allows it to surf the wave of any popular trend. In H24 Mme Nagel brings it into stark focus as the herbal nature is enhanced. She pairs it in the early going with narcissus. When I saw narcissus in the ingredient list, I was expecting a powerful rooty version. Mme Nagel has somehow softened the nature of the narcissus. Where I expected a deeply colored floral, she has diluted the effect in a way that allows the clary sage to also find some space within it. This is where H24 begins to part ways with the other mainstream men’s choices. It is followed by the use of rosewood as the woody piece of the triad. This is one of the least used woody ingredients and I have never understood why. Here it provides a woody balance to the sage and narcissus that other woods are incapable of. Rosewood has a nuanced scent profile with a hint of what the name portends. It folds itself into the sage and narcissus in a compelling nucleus.

Now comes the ingredient which will change how H24 is thought of. While Mmes Nagel and Nichanian were visiting the tailoring shop they smelled the steamy chemical being used on the fabrics. Mme Nagel wanted to incorporate that into H24. She would settle on the synthetic molecule sclarene as her surrogate. If you’ve ever spent time at a dry cleaner or tailoring shop, there is that scent of metallic chemical humidity which hovers in the air. Sclarene is the scent of that. When Mme Nagel inserts it into H24 it doesn’t make me think so much of a tailor as it does of a futuristic aesthetic. It adds a steamy metallic piece to the original trio. It is as surprising and enjoyable as it was when I tried Terre D’Hermes for the first time. It just feels unique.

I think there will be a lot of debate about the way the sclarene feels to different noses. I can see some people focusing in on the synthetic nature of it. As a chemist who has worked with it, I thought I would do the same. Except Mme Nagel has integrated it with the other ingredients that it truly isn’t that synthetic feeling. As I have worn H24 I am not sure if I feel the textural more than I feel the balance of ingredients making a compelling cologne.

Disclosure: this review is based on a sample provided by Hermes.