The perfume brand which has always provided me the most pleasure is Jean Patou. Early on in my perfume acquisition stage I was shown the original fragrances composed by perfumer Henri Almeras from 1925-1946. In 1984 Jean Patou re-released all of these fragrances under the name Ma Collection. These were incredibly faithful to the original formulations. I have since compared them to vintage bottles and most of the differences can be attributed to the difference in age. Smelling these the first time was one of those perfumed coup de foudre moments. I set off on getting the best version of those Ma Collection bottles I could. They all hold a very cherished place in my heart.

For years I wanted Jean Patou to be as cherished a heritage brand as Chanel or Guerlain. In 1999, Jean Kerleo handed over the in-house perfumer reins to Jean-Michel Duriez. By making this change it seemed to indicate the future was bright. When Proctor & Gamble acquired them in 2001 I was very hopeful especially because they kept M. Duriez. The construction of a boutique in Paris made me believe a new era was near. Then nothing. I constantly asked anyone I thought might know, “Is there any news about Patou?” Only to get a negative response. 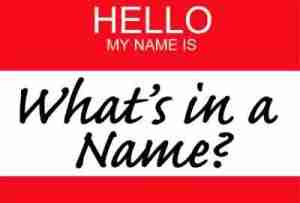 Until in 2011 I got a different answer, “Patou has been sold to an English company, Designer Parfums, Ltd.” I had never heard of them but I was again hopeful. The new management again made an excellent choice as new perfumer in Thomas Fontaine. Right away they stated their intention to re-release the original Jean Patou fragrances as the Heritage Collection. This time I was a little less enthused because of the numerous restrictions on the use of keynote materials in all of those perfumes. M. Fontaine was going to be handicapped in trying to reconstruct similar accords with the modern equivalents.

I have touched on this difficulty in the articles I wrote comparing the original Patou pour Homme and Vacances with their Heritage Collection versions. M. Fontaine has done an admirable job but the Heritage Collection versions bear only a slight resemblance to their forerunners. At first I was sort of okay with this but now I am concerned that this is a little disingenuous.

I think all of the Heritage Collection fragrances are good to very good there is not one I consider poor. There is also not one which should share the name of the perfume it is imitating. I think it is confusing for the consumer. Someone who has read about Patou pour Homme being the greatest men’s perfume ever will unlikely walk away from the Heritage Collection version thinking that. There is where I wish they would do something different in the naming of these new versions. Patou pour Homme could become Patou pour Homme Moderne; Vacances could become Vacances Legere. In the case of Amour Amour they have made the name change to Deux Amours. I don’t know for sure but I am guessing Amour Amour is trademarked by something else and they weren’t given permission to use it. Although probably forced by legal reasons the name fits as a second version of the original.

It is probably too late for anything to be done in this case. I am hopeful that with the trend of resurrecting heritage brands we have seen over the past few years that if it is going to be a reinterpretation of the original it should also have its own name.