As I did in last month’s installment I am looking at two flankers of mainstream success stories. It is also another example of taking the original and going lighter or heavier as a flanker. 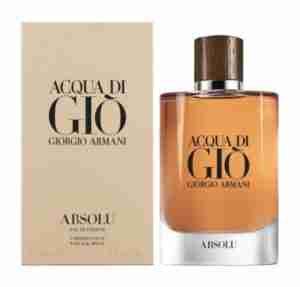 There is no doubt that the original Giorgio Armani Acqua di Gio pour Homme is one of the great mainstream success stories. Perfumer Alberto Morillas created one of the landmark aquatic perfumes in 1996. Unlike many brands Giorgio Armani has been protective of overexposing the brand; Acqua di Gio Absolu is only the third flanker released. Another good thing about these flankers is they are distinctly different perfumes which capture pieces of the original formula without just replicating it with a new ingredient or two.

Sr. Morillas is again at the helm and he starts with the “acqua”, as a marine accord of sea and sand opens things up. It is then deepened with not the typical citrus notes but something sweeter. It then takes a very woody turn over the latter stages to become a mainly woody aquatic. For anyone who wanted a woodier version of Acqua di Gio, without the jasmine, Absolu will be your thing. If you want to grow your Acqua di Gio collection it is sufficiently different from the original, Acqua di Gio Essenza and Acqua di Gio Profumo to be worth a try. 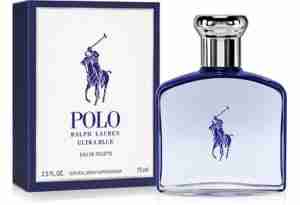 Ralph Lauren Polo is one of the alpha masculine mainstream perfumes since its release in 1978. Ralph Lauren has aggressively expanded the collection for a Polo Man as it has expanded into different colors, Black, Red, and Blue. The latter was its entry into the aquatic genre in 2002. It was a nicely done perfume but not one of my favorites in the Polo collection although it does have its fans. I will be interested to see what they think of Polo Ultra Blue because it is extremely light. It fits in with the current trends in mainstream fragrance but it might be so light it has become like ultraviolet light; hard to sense.

Original perfumer of Polo, Carlos Benaim, opens with a chilled lemon top accord. It is right here I wanted more. This is a veil which provides a momentary outbreak of goosebumps. It gets overtaken by sage with a bit of verbena picking up the lemon opening. The base has a stony ingredient providing a craggy coastline for Ultra Blue to crash upon. There was part of me thinking this would have been more appropriately named Polo Blue Sport but there already is one. I can see this being the ideal post-workout spritz because it is undeniably refreshing. I do have to warn those who value longevity and projection Polo Ultra Blue lacks in both categories.