One of the things about this challenge is it caused me to think back. To identify the first memory I have associated with scent. Being born in South Florida that memory should be the Florida Water which probably scented my crib. I don’t remember that. It turns out it is tied to another major event in a child’s life, the removal of training wheels from my bicycle.

It probably happened sometime in the mid 1960’s. I had convinced my father that I was ready to have the training wheels taken off my bicycle. I wanted to ride on two wheels like the big kids. It also was a freedom thing. With the wheels on I was confined to traveling only the sidewalk around my block. Once I was on two wheels there was more of the world I could see.

The first task was straying upright on the bike. It took us some time for me to get the hang of keeping my balance. I had a couple of decent scrapes on knees and elbows by the time I could keep myself going. Once that was accomplished, I had to go beyond the single block I had been seeing. I looked up at my father and asked if we could go to my grandmother’s house. 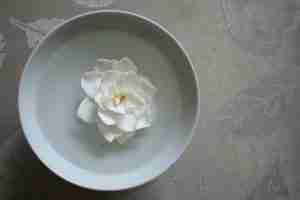 It was only one block over and one block up. It was like traveling to the moon. Undiscovered Country awaited. My dad smiled and said, “Sure, sport”. It was work to pedal my small bike with my child’s legs by the time we were close I was exhausted. The thing which helped was the scent of the gardenias in the yard of Grammy’s house. As we got close it was the smell of those flowers that let me know I was near my destination.

My grandfather had built this house from Florida pine with an understanding of the airflow. There was no air conditioning just a number of windows which could be opened to capture any breeze. It would be given some help by overhead fans lazily spinning in the ceilings. Completely surrounding the house were gardenia bushes. Within the house there were bowls of water with a fresh gardenia bloom floating there gently scenting the air. Gardenias slowly begin to turn brown after they have been removed from the bush. I knew what time of the day it was just by looking at the condition of the blooms in the bowls. 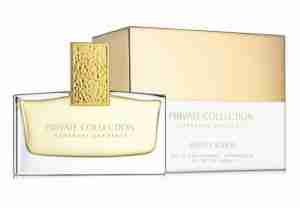 I believe it is one of the reasons I enjoy gardenia in perfume because it has been the alpha scent. Gardenia fragrances have been part of the white flower style of perfume since they became a thing in the first half of the 1900’s. Most of the time they are lush over the top styles. One example I have of that is 1932’s Tuvache Jungle Gardenia. It is a prime example of the gardenia and tuberose pairing which defines the white flower genre of perfume. Gardenia would go out of style because it had become too strongly associated with what has recently been dubbed “old lady perfume”.

The two most recent versions where that concept was modernized are Estee Lauder Private Collection Tuberose Gardenia and Tom Ford Velvet Gardenia. Then there are two which capture the raw scent of the soil along with the gardenia; JAR Jarling and Van Cleef & Arpels Gardania Petale.

I am not sure any of those have fully shaken off the undesired sobriquet of perfume for senior citizens. I don’t care because they all find that place where gardenia lives in my memory. A young child venturing out into the world beyond the front door. Destination: the gardenia scented yard of my grandmother.