Robert Piguet is one of the grandest, and probably least recognizable, perfume brands. Any brand which boasts Fracas as part of its history will always be looked upon favorably. Since 2006 when, after returning Fracas to the jewel it has always been, Creative Director Joe Garces and perfumer Aurelien Guichard formed a partnership which has defined this latest phase of Robert Piguet. Early on the challenge was to reformulate the original perfumes in the line. Then in 2011 a change took place as the first new perfume carrying the Robert Piguet name, Douglas Hannant de Robert Piguet, was released. That success has led to thirteen more new perfumes from Mr. Garces and M. Guichard. If there has been a common theme to the contemporary compositions it has been for them to carry modern aspects along with a very elegant style that feels like it came from decades earlier. The last of these collaborations between Mr. Garces and M. Guichard has been released, Gardenia de Robert Piguet. 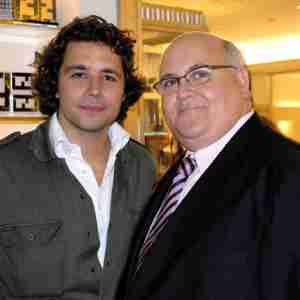 Gardenia as a focal point has many of the same qualities that tuberose does. It would have been very easy to take gardenia and surround it with a lot of complementary notes a la Fracas. M. Guichard goes for a more restrained approach as he uses only five other notes to accompany the gardenia. This runs a risk if your central raw material is not up to carrying the entire perfume it can lead to a flat spot in the development. There is one of those in the evolution of Gardenia de Robert Piguet and I think it is a stylistic choice which for some it will work but for me it created a noticeable flaw every time I wore it.

M. Guichard gives the gardenia two very high quality floral running mates, lily and ylang-ylang, for the first half of the development. This is my favorite part of this perfume. All of my favorite gardenia perfumes have captured the subtle green quality that a real gardenia has. M. Guichard uses the lily to coax that green out of its corner and brings it more centrally into the composition. Ylang-ylang is present to modulate the exuberant sweetness of the gardenia and in so doing it allows the greener highlights the space to expand into. Now here is where Gardenia de Robert Piguet goes flat for me. The next thing is a leather accord. I really would have preferred a rich supple leather like what M. Guichard used in Knightsbridge. Instead M. Guichard chose to go with a dark leather accord which has some harsher animalic features. This phase always felt like it was two separate ingredients in search of some common ground. This is where I think this just might be a simple difference in styles; I wanted elegance and I think M. Guichard wanted something more brutal. The rest of the base is predominantly cashmeran made a bit sweeter with a touch of vanilla.

Disclosure: This review was based on a sample I received at Sniffapalooza Fall Ball 2014.