I realized a couple years ago that as much as I enjoy watching Christmas themed movies in December, I also enjoy scary movies in October. The advent of Halloween at the end of the month always seems to make me want to watch my favorites. Here is a list of some of the ones I am likely to watch this month.

The Exorcist is my favorite horror movie ever. The idea of evil in a young girl doing battle with a pair of flawed priests is perfectly played. Through the first two acts where the reality of the situation sinks in until the third act battle in the bedroom tension slowly ratchets up. The pyrrhic victory is a classic horror twist from the days of Poe. I’ve watched this movie over a hundred times and when the possessed little girl talks in Father Damien’s deceased mother’s voice the hair rises on my neck, every time.

Fright Night captures the hybrid comedy horror genre which was popular in the 1980’s. The story is of a vampire who moves in next door to a teenager in suburbia. Charley tries to get people to believe a vampire is killing people. He turns to the local host of the late-night horror television show. Through the first half it is all played for laughs. It shifts when the vampire sees Charley’s girlfriend who is a dead ringer for his long-lost love. Things become decidedly tense as Charley and the tv host try to save her. 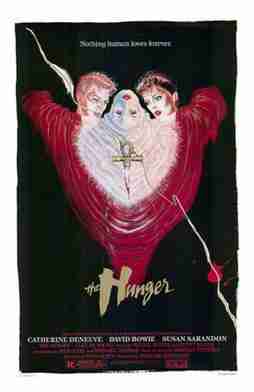 The fist time I saw Rosemary’s Baby as a teenager I realized what a perfect horror movie it is. Told from the perspective of a young woman who has moved to New York City with her new husband. As she interacts with the oddly attentive neighbors, she senses something is not quite right with her pregnancy. This all leads to a final act where a mother’s love overcomes the horror of the situation.

As October ends, I watch the movie which bridges my two movie seasons, The Nightmare Before Christmas. From the delightfully twisted mind of Tim Burton this is a tale of both Halloween and Christmas. Every holiday has its own town. The head of Halloweentown Jack Skellington discovers Christmastown. He decides he wants to take over Christmas this year. After kidnapping Sandy Claws he stamps a spooky spin on Christmas. It is a movie which celebrates the inherent joy of both holidays. A perfect end for October and scene setter for December.