Self-taught perfumers are a mixed bag to be sure. By not knowing the “rules” they break them. The great majority of the time it leads to reinforcing why the “rules” exist. Much more rarely there is a new perspective revealed. On the plus side the more common result is time learning through trial and error leads to a true independent interpretation of the “rules”.

Towards the end of 2017 I was introduced to the line of perfumes done by self-taught perfumer Rasei Fort called Fort & Manle. Over seven releases the ups and downs of being self-taught showed throughout. There were nice glimmers throughout, but it seemed like the florals were the weakest entries in the group. Mr. Fort couldn’t seem to get the style right. When the follow-up Impressions de Giverny arrived, I wasn’t expecting much when I ordered a sample. Maybe it took the process of releasing some clunky florals previously but this time everything I found lacking is gone leaving a beautiful spring floral behind. 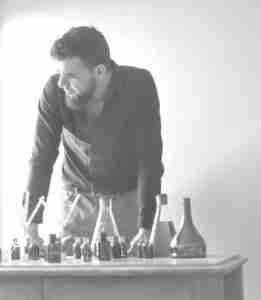 The name tells you Mr. Fort was inspired by Monet’s garden which was the muse to his paintings. Mr. Fort wanted to capture “Monet’s vision for a Japanese garden in the heart of Normandy”. This leads to layered effects which surprised me at every turn.

The opening duet of yuzu and red apple was my first indication this was going to be better than the previous florals. You might think that is odd but in the previous releases Mr. Fort would have an idea like this but unbalance it; not here. The tart citrus of the yuzu is contrasted with the crisp sweetness of the apple. Before heading into the floral heart, a watery green intermezzo provides a separation. The first layer of florals is led by a delicately sweet magnolia also supported by orange blossom. It is a transparent accord. Over time tuberose and rose add some structure to the lilt. Throughout there is a subtext of green herbal background vocals to all the florals. Hours in, this settles into an excellent benzoin and musk base accord.

Impressions de Giverny is one of those perfumes which got much better in the trip from strip to skin. It became more expansive on the days I wore it. It was hard for me to wrap my mind around how much better Impressions de Giverny was versus all the previous florals. I kept waiting for the flaw to appear; it never did. I ended my first review of the brand believing better days were ahead. I didn’t count on Mr. Fort being such a quick learner that it would be the very next release.