I write about perfume because it fascinates me and writing about it allows me to gather my thoughts about it. Writing this weekly The Sunday Magazine has allowed me to do that for other passions of mine. One of the joys of writing this blog has been the ability to share a bit of myself through what I write here. That others not only read but keep it in mind makes every minute I spend on it worth it. One of those readers has figured out my affection for my birthplace of S. Florida. She also read a recent The Sunday Magazine column on a collection of short stories, Back Talk by Danielle Lazarin, where I wondered if the form was becoming obsolete. A few weeks ago, she sent me an e-mail with a recommendation; Florida by author Lauren Groff. I downloaded it and devoured it during a recent road trip. 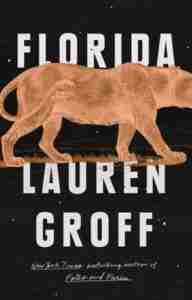 Lauren Groff has been one of the most successful authors of the last few years. There have been many times I’ve almost downloaded one of her three previous novels: The Monsters of Templeton, Arcadia, or Fates and Furies. Fates and Furies was a highly acclaimed novel in which the story of a marriage was told from the perspective of the husband then the wife. These three books have resulted in her being named a Guggenheim Fellow earlier this year. 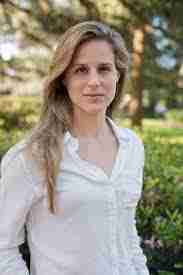 For Florida, Ms. Groff who lives in Gainesville, Florida; tells stories which seemingly could only take place there.  Almost all of the eleven entries take place there. There are a few that don’t take place in Florida but reference it. None so savagely as when one narrator realizes it is where she feels most at home.

All of the stories are told from a woman’s narration. Ms. Groff enjoys playing with the gauzy veil between reality and fantasy. There are unreal elements that I am left questioning if they are hallucination or actuality. The writing crosses back and forth seamlessly.

The beauty of a short story is it allows an author a freedom to plumb that delicate line in a kind of overheated style. Two hundred pages of it would be too much. Fifteen pages is just right. When a character refers to looking into people’s windows at night as she walks through the neighborhood as “domestic aquariums” it rings with truth and archness.

Many of the stories carry a particular undercurrent of fear as hurricanes, concussions, snakes, and alligators all lurk on the periphery. Each story carries its own collection of them.

When I finished the book, I realized that many of the stories were told by a mother of two boys. No names are used, and I wonder if those stories are meant to be connected.

Ms. Groff captures the Florida psyche well because she lives there. I think it takes someone who experiences day in and day out to understand the precipice the state is perched upon. Without saying it as plain as I just did Ms. Groff uses the eleven stories in Florida to say the same thing.