One of the pleasures of living in an agricultural preserve is coming in just a couple of weeks; berry picking season. I’ll be spending a few mornings over the next couple of months picking fresh berries right off the vine, bush, or tree. The smell of the fresh fruit mixed with the smell of equally fresh sweat is not easily replicated in perfume. Although one of the great early niche releases is known for just this.

L’Artisan Parfumeur was created forty years ago by Jean-Francois Laporte. One of the perfumes which displayed what niche perfume could be about was a fabulous combination of blackberries and musk named appropriately Mure et Musc. Whenever I need a reminder that fruity fragrances don’t need to be insipid I can reach for my bottle. This perfume is probably one of the main reasons I hold fruity florals to a high standard, I know what it can be. It also is why I hold the subsequent L’Artisan releases to an even higher standard. Champ de Baies meets those standards by finding a contemporary interpretation of berries and musk. It is one of two simultaneously released colognes interpreting sunrise in a garden (Champ de Fleurs) or berry field (Champ de Baies). Perfumer Evelyne Boulanger is responsible for bringing the berries at dawn to life. 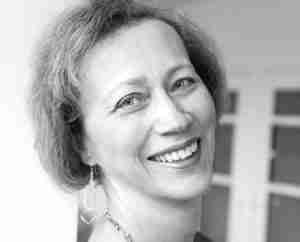 Mme Boulanger makes this contemporary by making a lighter version of a berries and musk adhering to the current popular aesthetic. When I read that I was worried this could become too transparent. Mme Boulanger finds a nice balance because when you are in a field at dawn the scent of the natural scene is a bit stronger because the cooling of the night hasn’t fully let go. Which makes Champ de Baies pitched at just the right volume.

It opens with a compelling rhubarb and pear top accord. Mme Boulanger allows some of the sulfurous aspects of rhubarb to contrast with the crisp pear. This flows into a duet of blackberries and raspberries. The latter have been one of my least favorite berry notes in perfume. One of the reasons is the raspberry usually runs riot within compositions. Here it is excellently balanced with the blackberry in an odd way freshening it up. Then Mme Boulanger provides a cool morning breeze of white musks carrying along some patchouli to represent the earth the berries are growing in.

L’Artisan has been one of the standard bearers for niche perfumery. Champ de Baies shows it can still be found in the vanguard; perhaps berry picking at dawn.

The chemist who writes this blog is to no body’s surprise enchanted with the perfumes named after elements that Nu_Be has been putting out since 2012. Not only do they smell great but they have done an admirable job at capturing the essence of the element they are invoking. For 2016 things are changing. First the name of the brand is being changed from Nu_Be to One of Those. Second the first new release since 2013 is here, Curium.

The brand has begun a slow descent lower in the periodic table over the previous seven releases. With Curium we finally find one of the earliest radioactive elements discovered. In 1944 when it was isolated at the University of California at Berkley the team decided to name it after Marie and Pierre Curie the scientists who discovered the first radioactive elements.

For the perfume Curium perfumer Evelyne Boulanger was inspired by Mme Curie. Her attempt was to capture “a brilliant mind, strongly accurate yet vivid, joyful, and imaginative” The concept extends to using the botanical musk of ambrette to match the synthetic musk later on. In between there is a dense floral nucleus.

Curium opens with that botanical musk provided by ambrette. When this is used correctly it provides a lovely opaque muskiness to the early moments of fragrance. In Curium that is exactly what it does. When I read the note list before sniffing it I saw a heart made up of violet and orris. These are one of my more beloved pairs of notes. Mme Boulanger chooses to make them a little less lush as if they are the radioactive nucleus emitting floral emissions periodically. It is an interesting effect. On one of the days I wanted it to have more presence. It steadfastly stayed at arm’s length. When wearing it for the second time on a much warmer day I was much happier with the restraint. This ends on a combination of vetiver and musk. The vetiver here is the most prominent note in the composition. It exudes its own kind of pulsing glow which the musks radiate outward from.

As I wore Curium I was reminded that radioactivity is the decay of the nucleus of an atom. Curium feels like something on the verge of an entropic event. While waiting for that to happen the nucleus that is in place is mighty enjoyable.

Disclosure: This review was based ona sample provided by One of Those at Esxence 2016.