One of my favorite musical memories was standing on a hill next to the South Stage at Woodstock 1994. As I’ve mentioned many times I was an original punk during the 1970’s and early 80’s but it had faded. The next band scheduled for the stage was a trio from California called Green Day. I had worn out the cassette of their debut album “Dookie” by this mid-August day. I turned to my two friends and said, “This might be the day punk comes back.” Over the next hour Green Day took the stage ripped through their set while engaging in a mud fight. Also notable was in the middle of the musical chaos a security guard mistook bassist Mike Dirnt for a stage invader and swept his legs out from underneath him breaking some of his teeth. He got up and without missing a beat continued shredding his bass. From that moment I knew punk was back. 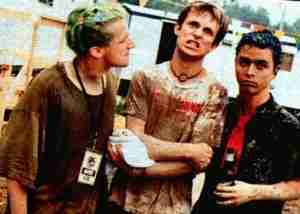 Green Day is lead singer and guitar Billie Joe Armstrong, bassist Mike Dirnt, and drummer Tre Cool. Like the best bands they have evolved over the past twenty years. I am very happy to see that they are nominated to be inducted into the Rock and Roll Hall of Fame this year at their first opportunity. When punk first came around it burned itself out within ten years. Since its rebirth in 1994 it has stormed along for the last twenty years and I believe it has much to do with the success of Green Day. 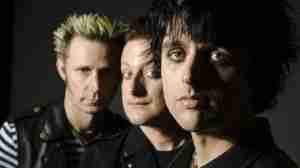 Off of that momentum from Woodstock the band would have a spectacular five years of success releasing three more albums in that time. Then they took a well-deserved break. When they returned to the studio in 2004 I think they produced one of the great albums of the 21st century, “American Idiot”. American Idiot was the first punk rock opera in the tradition of other rock operas of the past as it follows its musical protagonist Jesus of Suburbia through his life. It was a scathing indictment of America at that time. It hearkened back to the disillusioned youth of England that spawned the punk rock movement in the first place. The title song encapsulates all of this as it is very punk in its lyrics but the band has gone from a stripped down sound to something very much more powerful and together. As much as I adored Dookie I listen to American Idiot frequently because it is one of my favorite contemporary releases.

American Idiot would be adapted to become a proper Broadway musical and played for a little over a year in 2010-2011. Billie Joe Armstrong played in the cast for a few of the performances and also appeared on some of the show’s touring dates.

There have been four more releases since American Idiot and while the sound continues to change underneath it all is still the snarl and crack of the three young men I saw re-start punk rock in 1994. I really hope to see them inducted into the Rock and Roll Hall of Fame this year I think they deserve it.