There are times that flankers reminding you of the original perfume they share a name with do them no favors. This month’s choices for the Flanker Round-Up are a couple of them. 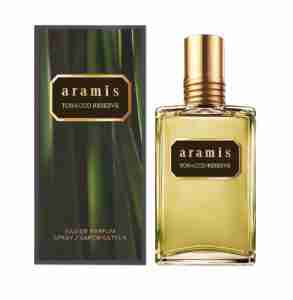 One of the first men’s perfumes I can remember is Aramis. It was one of the fragrances my very successful uncle wore. It was the scent of success to me at that age. Fifty years after its release it is now a bit of a dated relic. I still wear it, but I am sure those who encounter me think it’s the smell of advanced age over success. Which is why Aramis would want to try and appeal to a younger demographic. Last year they tried a modern version of the original Aramis called Aramis Modern Leather. It was better than I expected it to be. They’re back a year later with a flanker Aramis Tobacco Reserve.

Tobacco Reserve falls into the gap of not really seeming to know what it wants to be; Throwback or Trendsetter. It falls in the middle but because it is a simple construct that might not hurt.

It opens with a nice blast of clary sage which felt like it was a nod to the original. From here it follows the by-the-numbers formation of a sweet tobacco accord. Nutmeg, tonka bean, and iris provide all the support to make sure the inherent sweetness of tobacco is amplified. It is a nice tobacco when all is said and done. 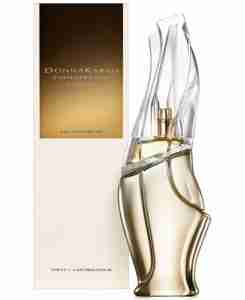 Much like Aramis, Donna Karan Cashmere Mist was a trendsetter in its time in 1994. A beautifully sheer white flower bouquet over leather, sandalwood and what would become the ubiquitous “cashmere accord”. It was a luxurious unique mass-market perfume. The brand did all they could to kill the name with one ham-handed flanker after another from 2005-2013. These were the kind of perfumes which make flanker a four-letter word. I wasn’t sure what to expect with the new Cashmere Mist Essence. One caution was in the midst of the bad flankers there was one called Essence too. Thankfully the 2018 version is better than any previous flanker.

For Cashmere Mist Essence it comes close to be the original minus the leather. One big difference is a more elongated floral effect before getting to the base. That starts with ylang-ylang early on before the jasmine keynote takes over. There is a lighter floral presence than the original which was sheer for its time. The base is the “cashmere accord” and sandalwood again also at a lighter volume. It is like a watercolor of a pastel.

Both of these flankers do what they are meant to do I just wish they didn’t remind me of their much better elders.

Disclosure: This review was based on samples provided by the brands.