I have been giving some thought to what it is that sets small independent perfumers apart from their slightly bigger niche cousins. The one thing which I’ve spoken of consistently is for the smaller brands they can work with hard-to-source unique materials. It is what makes many of the best creations. The other thing I noticed when looking at this is a good percentage of them make their own oils from indigenous sources near their home. It also allows the perfumer to dial in a specific effect as they are the source. One of my favorite brands in this style has released a perfect example in Di Ser Kagiroi. 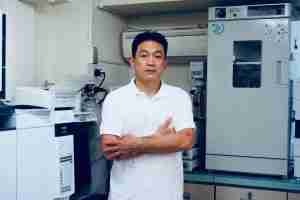 The perfumer behind the brand is Yasuyuki Shinohara who lived and works on the northern Japanese island of Hokkaido. He works with an all-natural set of ingredients which he makes himself. He sources the raw material which he then extracts. Many of them come from the surrounding countryside. Which is one of the special joys of a new Di Ser perfume. I am usually introduced to a new ingredient from Shinohara-san.

Kagiroi is meant to remind the wearer of watching the shades of the sky change at dawn. Shinohara-san seems to have three hues in mind as Kagiroi unfolds on my skin.

It opens on the familiar and the unfamiliar. The former is the citrus of yuzu which is in a more closed off version. Usually the lemony quality of yuzu is sunny and bright. Here Shinohara-san uses this introverted form to capture the potential of that light of the sun on the dawn horizon. The new features come through a Japanese citrus called shikuwasa. According to the internet it is called Okinawa lime. I am guessing this is part of what is forming this contained citrus accord. The other piece of the top accord is sansho seed. Sansho is the Japanese analog to Szechuan pepper. That ingredient has become one of the more versatile in mainstream perfumery. The sansho variant also seems to have a similar malleability. Early on it acts as an herbal complement to the greener compact citrus. Over some time it imparts a deeper bitter/tart quality to the overall accord. As it continues to evolve the spiciness of the sansho finds new partners in coriander and shiso. This forms a more overtly herbal accord. The base is made up of the Japanese cedar variety of hinoki, oud, and vetiver. The oud is exactly what I am speaking of when I mention Shinohara-san’s ability to find the right shade by making his own. The oud is a lighter version which is given back some of its rougher edges through the vetiver. The clean meditational lines of hinoki provide the center for both.

Kagiroi has 12-14 hour longevity and moderate sillage in this parfum concentration.

There is a type of foodie cuisine called farm to table. A reviewer of Kagiroi on Luckyscent described it as “farm to bottle”. Which I think is appropriate, but I’d like to refine it a bit. Whenever I wear a Di Ser scent, I always see Shinohara-san with a basket walking through the Hokkaido countryside harvesting the flora. Which makes me think of Kagiroi as a field to fragrance experience.