I am the person late-night television talk shows were invented for. For most of my adult life I have ended my day by watching one of the late-night shows. It is my way of putting my mind into neutral prior to going to sleep. This habit began in graduate school for me. After working in the lab for 16-18 hours I desperately needed something to help me shut down. Back in 1982 that dose of necessary laughter came courtesy of a show called “Late Night with David Letterman”. For the last thirty-three years Dave has been a near constant in my daily life. In a few days that will all come to an end when he broadcasts his final show on May 20, 2015. 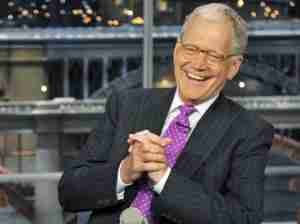 As I’ve watched the final shows I have been reminded of how many people got their start through being on Dave’s stage. Many of the biggest stars of the last thirty years have warmly reminded Dave of his importance to them. What is great about Dave is you can tell it makes him uncomfortable to hear the praise. He deflects and diminishes his role as talent scout but it exists. The emotion of the people who have shown up as the show winds down is testament to that. It is that reluctance to take credit for his influence which is what has always made Dave so appealing to me as a viewer. I always felt like he considered his whole career a mistake which someone would eventually become aware of and take it all away.

In the early days that attitude would allow him to go for unusual laughs when he was doing Late Night with David Letterman at 12:30 AM. He knew the audience awake at that time might want something different and he delivered that. For me I can pinpoint the exact moment Dave became important to me. It was December 19, 1984. 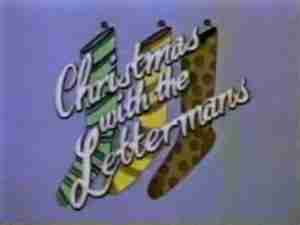 I was working hard to finish my degree and I wanted to head home for the Holidays with a key reaction done leaving me only the final steps. Instead because of my impatience I pushed too far, too fast, and lost weeks of work. Happy Freaking Holidays! I was mad at myself, mad at the world, mad at everything. I sat down sullenly on top of my bean-bag chair and switched on Dave. What I was greeted with was instead of the traditional Late Night opening a logo which said this was “Christmas with the Lettermans”. Over the course of the episode everything about the typical Christmas television special was destroyed via comedy.

We met Dave’s fake family including his wife, their three kids, and Dave’s older brother Darryl. The only girl in the family is the “princess” who gets everything she asks for. The youngest son in a running gag, per family tradition, has to go procure the family Christmas tree. In the middle of the cold December night in New York City. It doesn’t go well. There were two guests as well, Pat Boone and Brother Theodore. Pat Boone came on to promote his own Christmas special airing in a couple of days. For much of the time he was being interviewed it was difficult to figure out if Mr. Boone was in on the joke. It wasn’t until later when he sets Dave up by asking him what Christmas means to him that you knew he was in on it. Dave gets up and has an internal reverie with himself. The kind that usually leads to the star of the show discovering the true meaning of the holiday. Not here. Dave’s stream of consciousness leaves him standing under the office mistletoe hoping for someone to walk by. Dave’s bandleader Paul Shaffer has to remind him his “family” is back in the studio, in the dark. It was this that turned my mood around. I was standing under my own mistletoe hoping for some action while forgetting what was left behind in the dark. While laughing I was also getting much needed therapy.

Dave has been my guy from the beginning. I disliked Jay Leno because, rightly or wrongly, I felt he stole The Tonight Show from Dave. I think we are in a golden era of late night television with the two Jimmys, Conan, Seth, and James all providing that final bit of distraction before closing your eyes. For the next few nights I’m going to enjoy the man who made those guys' shows possible. Thanks Dave, I’m really going to miss you.