Over the last couple of years we have seen a number of older, mostly French, perfume houses be revived. These have been called heritage brands. Certainly every brand that existed in the early part of the 20th century is part of the heritage of perfumery. When it comes to my heritage the roots of my love of perfume come from what my father wore, Dana English Leather. If you speak to almost any baby boomer about what fragrance their father wore English Leather would be mentioned a lot. For me it defines a certain particular American aesthetic in the post-war years.

After 2007 it seemed like Dana had stopped making new fragrances. The tentpole perfumes which created the brand still were available but it seemed like management had thrown in the towel as far as being competitive. Even I had forgotten they existed. Then I saw the list of this years Fragrance Foundation nominees and in the category Fragrance of the Year Men’s Popular there was listed Dana Valor. I wanted to find out more. As luck would have it I met Terrence Moorehead the CEO of Dana at the Fragrance Foundation Finalists breakfast. After speaking with him I really got the sense of a man who wants to make Dana a player in their sector of the market. I was given a sample of Valor and I was hopeful it would be good. It’s not only good it feels relevant. 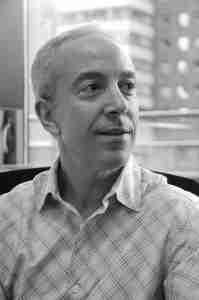 Perfumer Carlos Vinals was the man behind Valor. The brief was to make a fragrance which “celebrate(s) our troops and champion(s) the American dream for a new generation.” Mr. Vinals decided a slightly boozy citrus Oriental composition would fit the bill.

The early moments of Valor have some similarity to the early moments of English Leather as lemon, bergamot and lavender are up front for both. Mr. Vinals makes sure to take a quick left turn away from too much similarity and to that end he adds a crisp green pear to it. It adds some sharper lines around the citrus and makes it pop a little more. As we move into the heart a swoosh of cardamom leads into a bourbon accord. This is not a full on alcoholic haze, it is much lighter in feel. It has the bite of a good bourbon without leaving teeth marks. The lavender remains and this mixture of the cardamom, and bourbon with it is quite enjoyable. Valor heads into a typical Oriental finish with patchouli, amber, cashmeran, and vanilla combining to create a warmly bolstering foundation.

Valor has 12-14 hour longevity and above average sillage.

When speaking with Mr. Moorehead I know there is more to come from Dana. Valor is a great first step at putting a quintessential American perfume brand back on every perfume lover’s radar.

Disclosure: this review was based on sample of Valor provided by Dana Beauty.