I have just completed my job as shortlisting judge for The Art and Olfaction Awards Independent Category. I spent a month evaluating a few entries at a time each day. The process was blind as all the fragrances were in identical glass vials. I put some on a strip and some on a patch of skin and worked my way through all of them. Just like last year sniffing perfume stripped of context was an interesting exercise. I put down a score for each entry before I read the supplied description. I would then sniff it again and what was funny was with that bit of information my perception was changed a bit. Over the month, I was struck by the impact the words could have on my perception. The scores I handed in were the blind ones but there were several moments where what I thought I had perceived turned out to be something else. One of the things I love about science and scientists is these questions can be shown to exist, or not, by a properly constructed study.

That study was published in September 2016 from the team of Dr. Camille Ferdenzi at the Lyon Neuroscience Research Center in France. (Camille Ferdenzi et.al.; Chemical Senses, 2016; bjw098 DOI: 10.1093/chemse/bjw098 ) In her study she was looking for cultural and semantic links. To achieve this, she gathered two sets of 20 subjects (10 men/10women) from Quebec and France. That was the cultural part French speaking groups from North America and Europe. After being connected to many devices to determine their physical reactions the group was given a set of six essential oils. Two of each which were hypothesized to be culturally relevant to each group and two which were culturally neutral. They smelled each set one time without being told what they were and another time after identifying each oil. They smelled them for 60 seconds each from the same distance. The choices were for Canada-specific: maple and wintergreen; for France-specific: lavender and anise; the neutral choices were strawberry and rose. 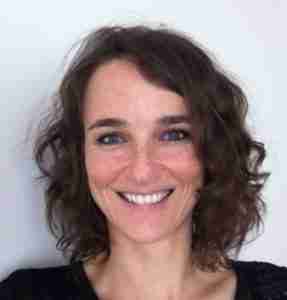 The cultural component had some interesting results. Wintergreen was seen as pleasant by the Canadians reminding them of candy; for the French it reminds them of medicinal products. Anise was identified as such by the French but the Canadians called it licorice and again associated it with candy because in North America that is the most prevalent example of anise. The maple was more favorably rated by the Canadians as was the lavender by the French but not by big margins. The rose and strawberry achieved similar scores from both groups. These are interesting preliminary findings on the cultural aspect.

What I found most interesting was the effect knowing what it is you’re smelling had on all the subjects.  In the unlabeled experiment the subjects sniffed much more deeply; taking in more sniffs. Once the oils were identified that process was significantly curtailed as the subjects now had a name on which to thang that smell. The researchers mention that once identified there needed to be less information gathering via smell. The other physical reaction was a decrease in heart rate between the two samplings. The researcher’s hypothesis is the desire to identify the unlabeled samples causes an increase to the autonomous nervous system which is reflected by the increased heartbeat. Once the subjects knew what they were smelling they relaxed into enjoying the pleasant smells reducing their heart rate.

I did not have any monitoring of my vital signs while judging this year but I would not be surprised to see similar results if I had been. What this brings up is the way we use note lists as perfume lovers. Those become the identifiers for us to relax and look for as we experience a new fragrance. After judging this year and now considering the study above I think what we know and when we know it influences how much we enjoy a new perfume.