There are a few acknowledged blockbuster perfumes and one of them is Creed Aventus. It has attained a legendary status among those who enjoy it. There are whole discussion groups set up around the variations in different lot numbers. It is easily one of the most imitated perfumes of the last few years. If you are Creed how do you follow that up? For many years I expected them to stay above it all and let Aventus stand on its own sturdy reputation. I even scoffed at the beginning of the year when I heard there were rumors of a new version of Aventus. When I received notice of that from my Creed contact, I was interested to try Creed Aventus Cologne. 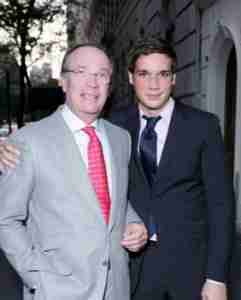 Aventus Cologne is not the first flanker. In 2016 Creed released Aventus for Her. I thought that was a misnomer because it really had little similarity to Aventus. I felt it added unneeded baggage to what was a nicely constructed fruity floral. The remaining question is where Aventus Cologne would fall. The answer is for Olivier Creed to make a lighter, fresher version of the original.

The most distinctive difference appears right at the top as the characteristic pineapple of Aventus is gone. Replaced by a zesty ginger. This is the freshening aspect I mentioned. The prominent fruit in this version is a juicy mandarin. A pinch of baie rose stitches the ginger and mandarin together. The fresher initiative continues with vetiver in the heart. The stalwart ingredient gets tinted a couple shades darker by patchouli. The base is formed around sandalwood and musk with birch and styrax applying the slightly darker effects.

Aventus Cologne does show some connection back to the original. Although if Creed had released this under another name, I’m not sure it would have made me think of Aventus. It is a good warm weather fragrance as I wore it on two very warm days; something I would never do with the original. It is that performance which makes me feel like it was meant to be a lighter alternative to the original. Like many flankers I’m not sure if this is going to have as many fans as Aventus. I think it will appeal to those who were not fond of the pineapple in the original or the overall darker tone. Sequels rarely out-do their predecessors and Aventus Cologne has a little bit of sequel-itis.

Disclosure: This review was based on a sample provided by Creed.