For as long as I’ve been writing about perfume I have believed it to be an art form. This is a position I have to defend because of the sheer commercialism behind most manufactured fragrance. The advent of independent perfumery has allowed for fragrance to find places to shed the commerce in search of the truth that art points to. Over the last twenty years there have been more and more opportunities for scent to be seen through an artistic lens. The latest effort is called DIS- connect.

DIS- connect is a collaboration between Design Artist Francesca Gotti, Photographic Artist Francesco Romero, and Perfume Artist Omer Ipecki. Sig.ra Gotti is one of my favorite people I have ever met in perfumery. I have only met her a handful of times when I have been at the Italian fragrance expos. She creates sculptural enclosures for fragrance. Sig. Romero and I have never met but we have shared the perfume blogosphere for many years. I have been struck by his photography many times. Mr. Ipecki is the independent perfumer behind the brand Pekji. When we met in NYC his passion for life was obvious, he has turned that into scent. 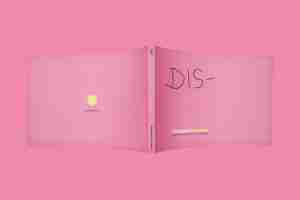 These three wanted to create an exhibit where all three of the disciplines would come together. Except a worldwide pandemic got in the way. Speaking with Mr. Ipecki he said, “it really was meant to be an exhibit, an immersive experience. But now, aptly, they are all disconnected from each other.” This has resulted in a group of three pieces from each of them. A book of photographs by Sig. Romero, three scents by Mr. Ipecki, and a container to hold the perfume in by Sig.ra Gotti.

Since March I have been enjoying all of this in my own version of an “immersive experience”. I downloaded all the photos from the accompanying Instagram page onto a thumb drive which I streamed to my large TV. I was given the music playlist that inspired each piece of the exhibit. That was coming from the speakers. I sprayed myself with 20 sprays of each perfume. At the same time I have some samples of the material Glebanite which Sig.ra Gotti gifted to me. I had those in my hand twirling and flipping the pieces I had. I spent one day like this with each of the scents. As I watched the images flash by, I looked for the ones which came close to what I was feeling. The Glebanite revealed itself to me as I was within each sphere of fragrance. The music took me to a place where all these things had the space to make their mark. 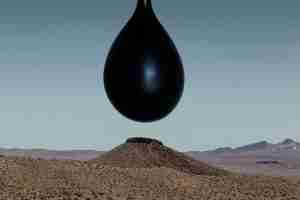 Music: The Trail of Tears by William Basinski

As I sat watching pictures while wearing DIS- 1 I began to think about the process of decay. It begins at the moment of inception. The rates are different, but the black balloon begins to fill. At the same time we build the mound of our life. As it gets higher, we get closer to meeting that growing orb of decay. Glebanite if you look at it seems like solid stone. Then you pick it up. It is as if the stone has hollowed itself out. An unlikely source of entropy.

The keynote of the fragrance is a CO2 extract of costus. Costus has always suggested the funk of putridity. Mr. Ipecki uses that as he weaves through it the pleasantness of jasmine, angelica, and saffron. That’s the good. The weight of the blackness descending comes with castoreum and a plastic doll head version of vanilla. The costus is the encroaching end but the things worth living for are still present. 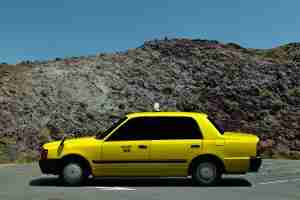 The greatest sense of separation comes through the concrete edifices we have built. DIS- 2 seeks to emulate that pushback the solid walls we have built have created. This is where the look of the Glebanite is paramount as it represents these monoliths. The feel of it, the lightness recalls the fragility of these barriers. If we only have the courage to bring them down, the taxi is waiting to take us away.

Mr. Ipecki uses an amount of galbanum meant to confront to make one want to separate. It gets sharper from there violet, synthetic musks all put up their own concrete walls which make me want to turn away. Mr. Ipecki chooses to provide no relief. There is not a safe ingredient to hang on to. This is meant to drive a wedge. 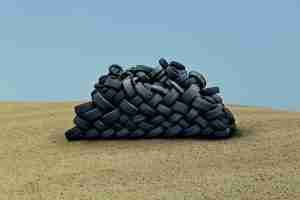 If you are truly disconnected there is a point where you begin to crave what is missing. The togetherness of yourself and the world. You can’t live inside your own head forever. You have to eventually step out. when that happens the antithesis of it all comes to be as everything crashes together in a big, concentrated pile. Which just might send you back to solitude. Grabbing for the faux-solidity of the Glebanite to leverage yourself away. Yet for one glorious moment the crush of the world is pleasing, until it isn’t.

Which is exactly how DIS-3 plays out. It seems like the closest to a typical independent perfume. It begins with a swirl of smokiness through nagarmotha and the floral rosiness of geranium. Patchouli and vetiver also seem like part of the wider world of perfumery. You are back where it is pleasant, it is normal. Then camphor upends it all. It drives those pleasant ingredients into hiding for a moment as it is all you smell. Over time they come back but they seem warier as if a glance from the camphor will send them running.

When I spoke to Mr. Ipecki he asked me if I found a relationship to everything. I told him they might be disconnected but they felt like they were in the same gravitational field. As I spent my time in my immersive experience, I realized gravity wasn’t the physical theory that described this, chaos theory was. Particularly one of my favorite parts of it, strange attractors. That says despite the desire of objects to want to stay apart they can’t help but be attracted to each other if only for an instant. The larger the differences the more interesting the moment of interaction. Throughout my time I would find the music and the perfume or the Glebanite and the picture holding my attention. The other pieces had flown away. Only to return to create new attractions.

As we emerge from a true DIS- connected event a reminder that we all can find out own strange attractors seems appropriate.

Disclosure: The perfumes were provided by Mr. Ipecki. The photos are all courtesy of Mr. Romero. The Glebanite was a gift from Sig.ra Gotti. The music courtesy of Spotify.