There are only a few perfumers who ask those of us who wear perfume whether it must smell nice. As one who believes perfume is an art form my answer is obviously no. One perfumer who has asked that question more than most is Antoine Lie. From his first perfume for niche brand Etat Libre D’Orange he has made perfumes which color outside the lines.

When Etienne de Swadt was creating his niche line Etat Libre D’Orange, in 2006, he wanted the first perfume for the brand to be one only a few would like. He turned to M. Lie to create Secretions Magnifiques. The resulting perfume captures a panoply of human fluids none of which are pleasant smelling. What it does is also challenge the notion of perfumery. M. Lie makes a fragrance which has stood the test of time as one of the great masterpieces of perfume.

In 2010’s Comme des Garcons Wonderwood M. Lie, under Christian Astuguevieille’s creative direction, would ask the question, “can there be too much wood?”. M. Lie would describe Wonderwood as a mixture of five real woods, two woody notes, and three synthetic woods. This came out at the height of the popularity of the synthetic wood. M. Lie showed that even pushed to the extreme there was wonder to be found within that much wood. 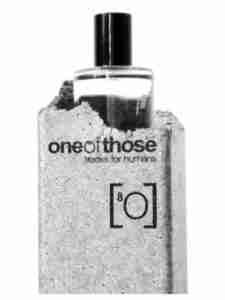 Nu_Be (One of Those) Oxygen was part of the debut collection of this elemental line. M. Lie chose to interpret oxygen in its supercooled liquid form. For Oxygen he blended many of the ingredients within perfumery one would describe as “sharp” to create that chilliness. The mixture of aldehydes, vetiver, and white musks can be too cool for many. I find it one of M. Lie’s most compelling creations.

Jan Ewoud Vos wanted Puredistance Black to convey a mysterious effect. Asking M. Lie to create it turns out to be a brilliant choice. Black is a perfume of darkness with tendrils of fog swirling throughout. M. Lie combines accords to form that stygian depth. I get lost in its enveloping effects every time I wear it.

Barbara Herman went from blogger to creative director for Eris Parfums Night Flower. When Ms. Herman wanted to create a line of perfume which re-captured vintage ingredients in contemporary ways M. Lie was her choice as the perfumer she wanted to do that with. Night Flower is the most successful at doing that by taking three ingredients of classic perfumery; birch tar, leather, and tuberose. Together they make Night Flower one of the best Retro Nouveau perfumes to be made.