Roja Dove is a tireless ambassador for all things fragrance. For over thirty years he has promoted the beauty of fragrance. He often tells the story of his mother kissing him goodnight, prior to going out for the evening, dressed in her cocktail dress and the sillage of her fragrance remaining in his room long after she left, comforting him. Over the last few years as he has produced his own line I always get the feeling he is attempting to make fragrance which will leave a lasting impression, too. The newest Roja Parfums Nuwa is Mr. Dove’s aesthetic writ large with supreme confidence. 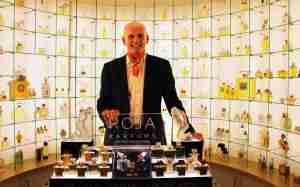 Mr. Dove’s beginnings were from 1981-2001 as Global Ambassador for Guerlain. He was immersed in what it meant to be Guerlain even without the surname. As I have experienced his own line, Roja Parfums, there are times you feel that it is Mr. Dove who is the standard bearer for interpreting and modernizing the classic perfume styles, arguably, Guerlain created and refined. Never has that felt as apparent to me as it does with Nuwa. Nuwa is a chypre, all in caps followed by multiple exclamation points. It is perfumery not often seen these days, unafraid to push limits and to pay homage to the past while challenging the wearer to embrace change. 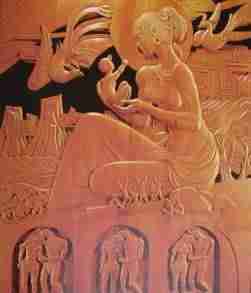 The name, Nuwa, comes from multiple ancient Chinese texts where she is alternatively creator, mother, or goddess. In the press booklet Mr. Dove chooses the creator version where she is responsible for creating woman and man along with imbuing them with creativity and wisdom as well as introducing them to the arts. For the fragrance I interpret the name to mean a rebirth of the chypre using the experience and creativity of his lifetime to form a new chypre that feels old and new at the same time. 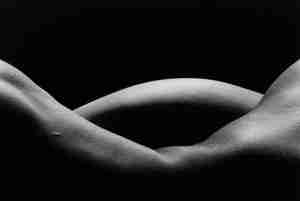 Nuwa opens on a bergamot and lemon point of light. Enjoy it for the few moments it is there because the light is subsumed by deep notes and accords as Nuwa takes you into a fabulous darkness not for the timid. Rose holds the middle, in the heart, but the pungent blackcurrant bud and the maple syrup-like immortelle pierce the rose like twin blades. The blackcurrant bud takes the spicy facets and turns them a shade of deepest sticky green. The immortelle takes the sweetest floralcy and gives it a tactile depth not usually felt from rose. The heart oozes sensuality and it sets you up for the base which realizes it in carnality. Vetiver and oakmoss setup the classic chypre foundation over which Nuwa lays a lusty leather accord and full doses of cumin, black pepper, and clove. Together they combine to feel like the olfactory version of human consummation. This is what sexy means in a fragrance to me.

Nuwa has overnight longevity and above average sillage.

I think it will be easy to try Nuwa and think it smells like other classic chypres because it does hearken back to the traditional forms that is an all too easy surface impression. If you have the opportunity to spend a few days with it I think you will find the genius on display is not in the broad strokes but in the shading in between. Nuwa is so powerful it is easy to miss these subtleties. Like the goddess it is named after it is what comes after the creation that makes life worth living. Nuwa is everything that makes me love fragrance all over again.

Disclosure: this review was based on a sample provided by Osswald NYC.