You see them on every perfume sales point counter, a small glass container full of coffee beans. Why are they there? Ostensibly they are supposed to provide an olfactory palate cleanser and help stave off olfactory fatigue. Except all of that is Perfume Myth of the highest degree as the nature of olfactory fatigue and whether coffee beans have any effect on the supposed saturation of your smell receptors is just nonsense. 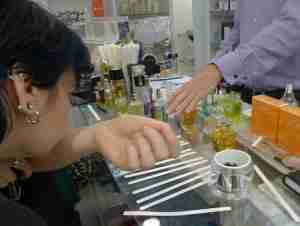 Let’s deal with Olfactory Fatigue first. Olfactory Fatigue actually has a high falutin’ name, Olfactory Habituation. Olfactory Habituation is the ability of your olfactory system to take any initially strong, and here is the important part consistent, smell and deal with it by taking it in as part of your normal background. It is why when you wear your scent of the day once it has settled down to the long-lasting consistent basenotes it has now started to attain that level that it gets pushed to the background. The larger molecular weight molecules especially seem prone to this and this is also why someone might say you smell nice at a point in the day you think your fragrance is gone. This has components of psychology as well as biology attached to it as well. Therefore Olfactory Fatigue probably does happen during the course of a day wearing one particular fragrance.

But when you are out sniffing new perfumes or on a sniffathon with friends you are producing stimuli left and right but they are different stimuli. Your nose has the ability to perceive infinitely and when you are sniffing things there is no limit to what you can sniff from a biological standpoint. From a psychological standpoint it is more akin to the kid in the candy store syndrome as you have a bounty of options and you just don’t feel like smelling one more strip. You can be psychologically fatigued but your nose is ready to go if you want to try one more fragrance. 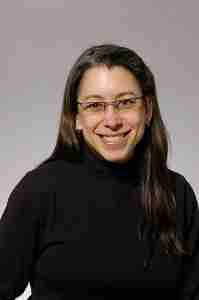 This is where the coffee beans supposedly come in. The sales person will hand them to you and tell you they will prepare you to enjoy the next fragrance after “resetting” your nose. Without any science to back it up does that even make any sense? A whiff of strong coffee beans “resets” your nose. What if I just smelled Thierry Mugler A*Men Pure Coffee wouldn’t having snorted some coffee beans distort that scent? Thankfully Dr. Alexis Grosofsky of Beloit College’s Department of Psychology has provided some science to prove that coffee beans have no effect on cleansing your olfactory palate. (The abstract of her research can be found here) She exposed subjects to three different drugstore fragrances. Then they either smelled fresh air, coffee beans or lemon slices. Then they were given the same three scents plus one new one and their task was to identify the new one. The result was the group of subjects that smelled fresh air or lemon slices had a near identical success rate of those who smelled coffee beans. Proof that coffee beans are a prop which carry no value whatsoever.

So what should one do when out sniffing and one wants to “reset” their nose? The answer is right in front of you and in the second paragraph. You are always performing Olfactory Habituation to your own natural smell. That ability to push your natural smell to the background sets the baseline against what any other olfactory stimuli has to compete against. If you want to reset your nose take a deep breath of a patch of, unperfumed, skin. This is the technique I use and if you’ve ever been with me I have an almost OCD ritual of sniff the strip, stick my nose in the crook of my elbow, and sniff the strip over again; repeat as desired. I have done this at some of the biggest perfume events and have sniffed as many as 50 scents in a day and the only thing I weary of is smelling bad perfume.

Next time you are out and about remember coffee is for drinking not for perfume plate cleansing.