It gets hard to know when the hype has something behind it. Most of the time it is exactly what that word indicates, overblown expectations for something quite ordinary. I have boxes of hyped debut novels which are from authors never heard of again. Then there are the extremely rare occasions where the book exceeds expectations. Children of Blood and Bone by Tomi Adeyemi is one of those. 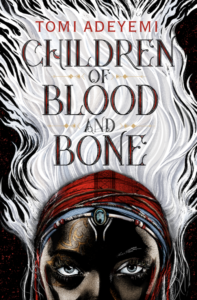 The plot of this new book is set in the West-African country of Orisha. Our entry into the world is through the eyes of Zelie who has the white hair which designates her a maji; a wielder of magic. The King of Orisha wants to eradicate magic; mostly by killing the maji. Zelie’s mother was one of the casualties. This sets her on the classic heroine’s path to restore her legacy against the oppression of the King. 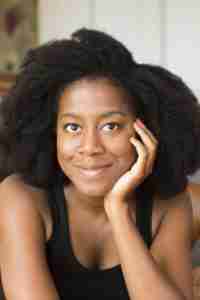 What sets this apart is we meet the children of that King; Princess Amari and Prince Inan. As the Marvel movies have done so well lately, their perspective provides a reason behind the brutality visited upon the maji. This is what makes a great story when the evil is not just cackling garden variety kind but one with a goal that is rooted in a flawed reason. The Prince and Princess cross paths with Zelie and the story takes off across Orisha leading to an epic cliffhanger.

I know little about Ms. Adeyemi, but I was impressed at the level of detail in her magic system. This is sometimes a throwaway part of a fantasy series and it can set my teeth on edge when it is. Not here. From the first pages to the last the rules are adhered to. Magic McGuffins don’t appear to save the day.

Just as Black Panther did in comic books and movies; Ms. Adeyemi opens new avenues of myth to be mined for story by turning to Africa. As I read through the book I could feel the pride of Ms. Adeyemi for these myths being transformed into something new. These are completely new perspectives for me to delve into which make this a joy to read because I am learning as I go.

If you need a beach read for the upcoming summer add Children of Blood and Bone to your list.